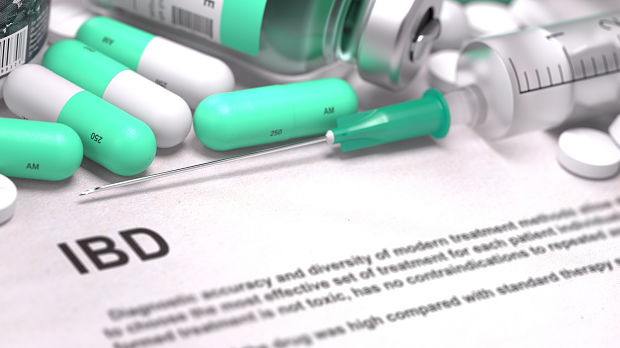 What is the Incidence of IBD in Patients with Psoriasis?

Patients with psoriasis are at increased risk for other comorbid diseases that involve inflammatory processes. There have been studies that link psoriasis and Crohn’s disease (CD) and ulcerative colitis (UC), two forms of inflammatory bowel disease (IBD). As progress has been made to understand the pathogenesis of both diseases, treatment options have expanded, including using biologics that targeting TNF-a and IL-12/23 to treat both psoriasis and IBD. Using biologics that inhibiting the IL-17 pathway are effective to treat psoriasis and psoriatic arthritis (PsA), but it is not known whether this particular treatment negatively affects existing IBD or may even induce first-time CD or UC because of conflicting data on incidence rates (IRs) of CD and UC among psoriasis patients in clinical trials.

The authors state that this is likely because many anti-psoriatic biologics are also effective in treating symptoms of IBD, thereby postponing time to diagnosis. The authors conclude that based on this long-term study, there is an increased risk of CD and UC in patients with psoriasis and that female sex and PsA were noticeable risk factors for IBD.