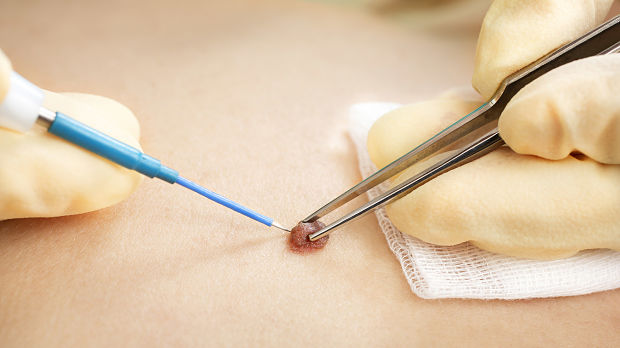 What Are The Health Risks From Surgical Smoke?

One occupational hazard faced by dermatology providers is the health effects associated with exposure to surgical smoke. Ablative lasers and electrosurgery procedures generate smoke that contains carbon and other particles that may be hazardous to one’s health. While most dermatology residents receive training in how to perform procedures, few receive training on reducing smoke exposure.

A review article examined the potential hazards of smoke associated with surgical procedures and offered strategies to reduce risk. The article find that surgeons are exposed to heavy smoke plumes while performing laser surgeries, and also exposed to brief periods of heavy smoke during electrosurgery. The hazards that must be noted are exposure to infectious particles in the smoke, direct injury from exposure, and chemical and mutagenic effects.

Several studies found that HPV DNA was present in laser smoke; use of a standard surgical mask removed virtually all laser- or electrocoagulation-derived viral particles present in smoke, but in one study surgeons acquired nasopharyngeal lesions despite reporting wearing masks.

Physical effects from smoke are less conclusive, damage has been seen in animal studies, but thus far there is no study that shows direct physical injury by surgical smoke, though the authors note that it is a likely a risk that is also posed to humans.

Chemicals present in surgical smoke are ones that have been shown in studies to have negative health effects: acrylonitrile forms hydrogen cyanide and is likely carcinogenic to humans, hydrogen cyanide and carbon monoxide impede tissue oxygenation, benzene can induce headache, dizziness, nausea, and irritation of the mucous membranes. These chemicals are all present in smoke from laser tissue ablation. Though there are no human studies on smoke carcinogenesis, surgical smoke has been shown to have carcinogenic properties in vitro.

The authors state that surgical masks, HEPA respirators, and smoke evacuation systems are the most effective way to reduce risk of exposure, and this is confirmed in multiple studies. They also discuss the lack of safety training, highlighting the fact that few providers are aware that simple strategies such as a high-filtration mask will significantly reduce risk. They conclude that hazard reduction is infrequently used in clinical practice, and propose recommendations for surgical smoke protection in dermatology.