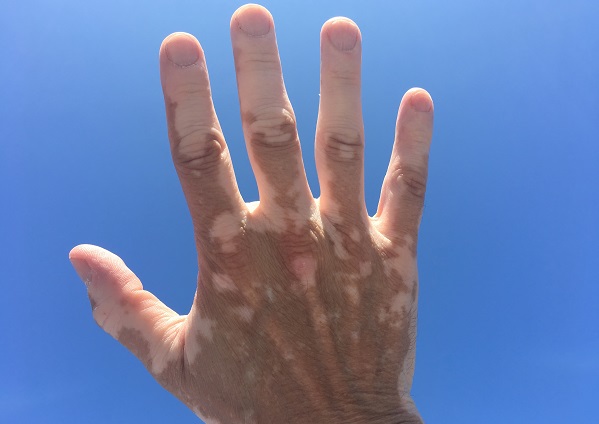 Vitiligo’s impact beyond the skin

Approximately 1% of the world’s population is affected by vitiligo, an autoimmune condition which presents with a hypopigmentation or depigmentation of the skin. The depigmentation that results from vitiligo can be disfiguring for those who are affected. Skin diseases, such as vitiligo, can have a considerable impact on a patient’s well-being resulting in negative emotions. A recent review published in Dermatologic Therapy attempted to identify psychiatric disease processes linked with vitiligo, and the extent to which many of these comorbidities affect the quality of life of those with the disease.

While a rate of 62% of patients with vitiligo were found to suffer from depression, it was found that these patients were less likely to show symptoms of depression than patients with psoriasis. It was revealed the relationship to depression among vitiligo patients was linear in respect to duration of disease. The longer patients lived with vitiligo, the more extensive their symptoms of depression. It is important to note that one study revealed a rate of 8% of vitiligo patients had suicidal ideations compared to a control of none. Additionally, the relationship between stress and vitiligo was explored. This relationship was not unidirectional. Stress may lead to or exacerbate the course of vitiligo. For example, one study revealed 57% of patients who presented with vitiligo had at least one death or major life stressor within 2 years prior to onset of disease.

Lastly, the review revealed how the impact of vitiligo on many individuals can threaten ethnic and cultural identity. For example, in some religious texts, it is believed individuals who suffer from vitiligo may have sinned in his or her former life. In addition, in cultures that rely on arranged marriages, young women with vitiligo have less of a chance of getting married due to this belief as well as the belief that women who develop vitiligo after being married will endure marital problems and even divorce.