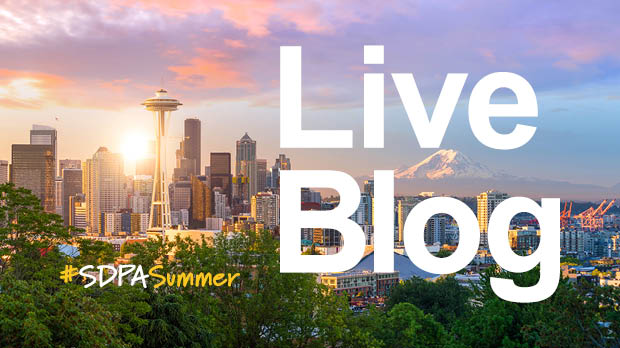 Gina Fragione, MPAS, PA-C presented a lecture on Comorbidities in Rosacea and Acne: Fact or Fiction at the SDPA Annual Summer Conference. She began by discussing the pathophysiology of rosacea as primarily an inflammatory disorder consisting of a dysregulation of innate an adaptive immune system, and that it shares a common general pathophysiology with reported neurologic and vascular comorbidities. Ms. Fragione discussed that cardiovascular disease is the second most common comorbidity found among rosacea patients, and studies show that dyslipidemia has the highest positive correlation for cardiovascular risk factors in patients with rosacea. Screening tools for these patients should include reviewing the patient’s medication, past medical history and family history.

Ms. Fragione went on to discuss gastrointestinal conditions that may present as a comorbidity with rosacea due to the patient being in an “inflammatory state”. Specific comorbidities to investigate include Celiac disease and inflammatory bowel disease. Furthermore, neurologic conditions that warrant further investigation in rosacea patients include Parkinson’s disease, dementia, glioma and facial dystonia. One study presented showed an increased incidence of Parkinson’s disease in patients with rosacea and a 2-fold increase in patients who have ocular rosacea.

Next, Ms. Fragione approached psychiatric comorbidities of the rosacea patient. Rosacea has been linked with social anxiety, with flushing and erythema increased during periods of anxiety. Ms. Fragione relayed that it is important to screen for depression in the rosacea patient and consider treatment and a support group as part of a holistic psychosomatic treatment strategy. Asking a patient “has your skin disease ever caused you to cancel a social event” is an important indicator on how much rosacea is affecting a patient’s quality of life. Furthermore, multiple studies have revealed that the disease burden of rosacea can significantly affect a patient’s quality of life.

Comorbidities among acne patients were discussed next. The link between acne and depression is well established with teenage patients more likely to have depression and also likely to have more severe acne. Additionally, severe acne has been associated with ADD/ADHD and insomnia. An interesting gastrointestinal finding is that reflux/heartburn is reported 3 times more frequently in patients with severe acne independent of antibiotic use. Other GI comorbidities discussed include abdominal discomfort, nausea and vomiting. Lastly, Ms. Fragione recommended developing a screening questionnaire for acne and rosacea patients, obtaining a past medical history and communicating with patient’s primary care providers.