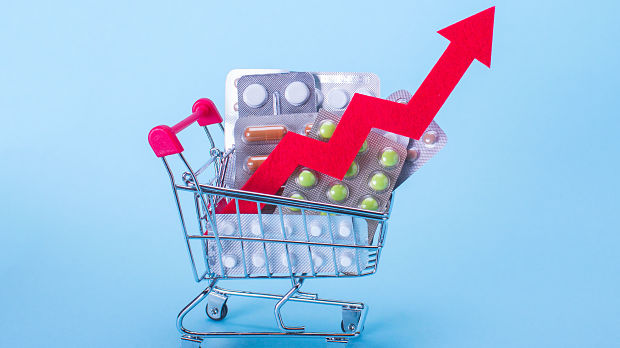 Prescription drug spending in dermatology is on the rise, doubling over the period from 2004 to 2013. This dramatic rise is usually attributed to the marketing and use of newly introduced brand-name drugs. However, a recent study noted that many drugs prescribed by dermatologists are generic, so the surges may be due to increases in cost per unit.

The authors looked at the role of market competition to determine whether there was an association between changes in drug price and the number of distinct FDA approved manufacturers for the most commonly prescribed topical dermatologic generic products. Previous studies of non-dermatologic medications have found that where there are fewer manufacturers, costs increase accordingly – the more manufacturers, the less cost increase. The authors used a nationally representative drug pricing database to look at cost per unit of common topical drugs and their cost increase over a period of three years, and noted the number of manufacturers for each.

The results showed that the highest-use Medicare Part D topical dermatology drugs were formulations of topical steroids, acne and rosacea medications, and antifungal medications. They determined that as the number of manufacturers increased, there was a decrease in drug prices among topical dermatologic generic products. Generic medications with two or fewer manufacturers showed the greatest median increase in drug price. They state that these findings are consistent with previous studies and confirms when a second generic drug manufacturer is introduced, it reduces the drug price by approximately one-half, and subsequent decreases come as additional drug competitors are added.