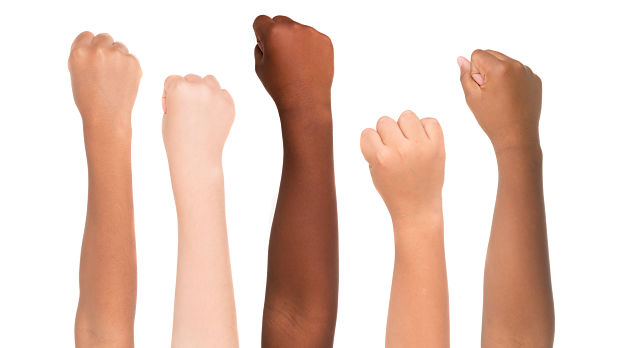 When Words Are Not Equal: Standard Use of Fitzpatrick Classifications

When the Fitzpatrick skin phototype classification was developed, the intention was to provide a standardized way to refer to differing Caucasian skin types. Originally developed to select the appropriate doses of ultraviolet A to treat psoriasis with PUVA therapy, the classification system was also used to gauge skin tolerance to sun exposure. Answers to questions about tanning versus burning, helped to place people into four possible categories: Type I (always burns, never tans), Type II (usually burns, tans less than average with difficulty), Type III (sometimes mild burns, tans about average), and Type IV (rarely burns, tans more than average and with ease). In later years, two categories were added for dark skinned people, such as people with a Latin American, Asian, or African origin. However, despite attempts at proving a standard approach, there were differences in how the phototypes were recorded.

Variations arise for reasons such as who was assessing the phototype of an individual (patient or physician), whether the information came from patient self-report or interview, and even the phrasing of the question(s) used to define skin type, all of which could lead to different answers for the same person. A recent study sought to demonstrate, how in a large multinational setting, the phrasing of a question on sun sensitivity can have a strong impact on the reporting of skin phototype.

The authors used data collected on phototype during the spring Euromelanoma campaigns of 2009, 2010 and 2011. There were variations in the phrasing of the question regarding description of skin color and its tendency to burn and ability to tan. In 2009 patients were asked to “Describe the colour of your skin and how it reacts during sun exposure in the summer?” and given the four types described above. In 2010 and 2011 patients were asked a variation that was phrased: “How does your skin react to the summer sun?” and given these options: My skin always burns, never tans; My skin always burns, tans minimally or with difficulty; My skin initially burns and then tans; My skin burns minimally, tans readily.

The results showed that as the question became less specific, a shift was observed towards a less sun-sensitive phototype without indication of skin color. Just including the term “skin color” in the question on sun sensitivity altered both patients’ and specialists’ perception of skin phototype. The authors conclude that these results further highlight the difficulty of using the Fitzpatrick phototype scale in comparative studies. They state that phrasing matters and therefore, the precise way the phototype is evaluated, who determines it, and which questions are used should be explicitly reported in research articles.