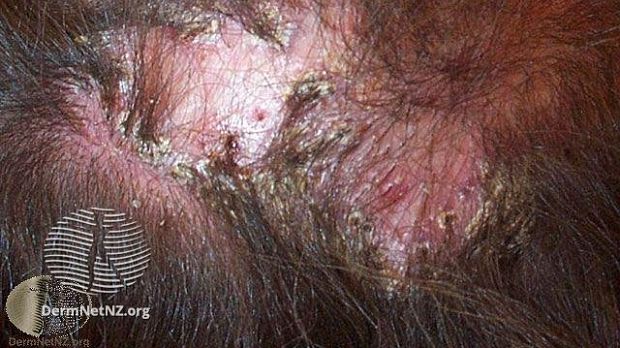 What is an Effective Treatment for Folliculitis Decalvans?

While Folliculitis decalvans (FD), a form of cicatricial alopecia, remains a rare disease, it leads to scarring which can greatly reduce quality of life for the affected patients. FD tends to affect young males and causes pustules, crusts, ‘tufted and scarring alopecia patches over the scalp. The typical treatment is combined topical and oral antibiotics, but frequent relapses occur in most patients.

A recent study looked at a small population of patients over a five-year period to better describe the therapeutic response and to analyze any potential prognostic factors that can be associated with either the severity of FD or with a better therapeutic response. The study included 60 patients that were followed for a minimum of five years. Severity of FD was characterized by the size of the alopecic patches: mild (<2 cm); moderate (2-4.99 cm); and severe (>5 cm). In addition, patients noted the frequency and intensity of their other symptoms such as itchiness, pustules and crusts, seborrhea, redness, and tufted hairs. The intensity of symptoms was evaluated as asymptomatic, occasional symptoms, and daily symptoms. Finally, response to therapy was considered if there was greater than 75% improvement in symptoms and inflammatory signs without any increase in the alopecic patch size.

The results showed that the greatest prognostic factor for severity of FD was age of onset. Patients who experienced FD younger than 25 years had greater severity of disease. There were no prognostic factors that predicted response to treatment. Oral tetracyclines were the most common treatment, and are effective, but the combination of rifampicin and clindamycin is more effective for refractory cases with a longer duration of response.

The authors propose a specific photodynamic therapy protocol that resulted in a favorable response in 75% of the patients in their research. They state that PDT may constitute a therapeutic tool complementary to pharmacologic treatment in selected cases.