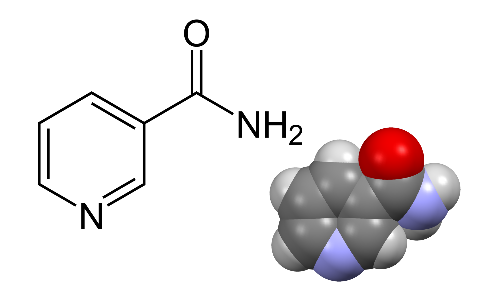 Many providers who see skin cancers patients regularly have educated their patients regarding the ONTRAC skin cancer chemoprevention trial. This trial revealed patients with a history of keratinocytic cancers and actinic keratoses, who took Nicotinamide, 500 mg, twice daily, had a significantly decreased rate of the development of further keratinocytic cancers and actinic keratoses when compared to a placebo-controlled group. Nicotinamide (NAM) is also known as Vitamin B3 and niacinomide. Nicotinamide enhances DNA repair in UV-irradiated human keratinocyctes and melanocytes in addition to reducing the immunosuppressive effects of both UVB and UVA in vivo in humans. The ONTRAC study did not assess the effect of NAM on the incidence of melanoma.

Patients who are at an increased risk for the development of keratinocytic cancers and actinic keratoses are also at risk for melanoma skin cancers. Consideration of NAM as a chemopreventive agent for patients who are at risk of or who have already had melanoma reveals the importance of determining whether NAM could enhance melanoma growth or invasion. A recent study utilized the tissue samples of patients in the ONTRAC study to determine the in vitro effects of different NAM concentrations on human melanocytes as well as the viability, proliferation and invasion in four human melanoma cell lines.

Nicotinamide has been found to reduce secretion of angiogenic and inflammatory cytokines by uveal melanoma cells in vitro. Additionally, NAM has been found to have anti-proliferative and proapoptotic activity at relatively high concentrations in cervical cancer cells. NAM has also been found to decrease the growth and progression of mouse and human bladder tumors. The data from this study revealed an increased number of peritumoral and intratumoral lymphocytes in melanomas arising on NAM. This is significant because tumor infiltrating lymphocytes in melanoma is positively correlated with prognosis. Additionally, this study revealed NAM did not have any viability enhancing, proliferative or invasive effects on melanoma cell lines. The authors of this study conclude oral NAM is unlikely to exacerbate melanoma pathogenesis and may be beneficial in melanoma chemoprevention.