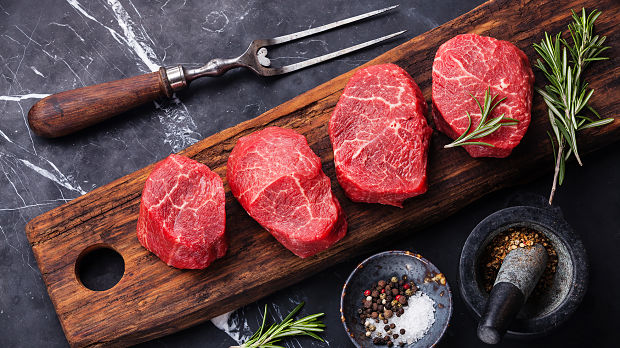 Is There a Connection Between Eating Red Meat and Melanoma?

Common dietary advice is to limit the consumption of processed red meat to reduce the risk of certain cancers such as colorectal cancers, pancreatic and prostate cancer. Melanoma rates have been on the rise over the past 30 years, but no studies have conclusively linked red and processed meat consumption with increased risk.

A recent study looked at the association between red and processed meat intake and risk for incident melanoma in two large prospective cohort studies. Using data from the Nurses’ Health Study (NHS) and Health Professionals Follow-up Study (HPFS), the authors examined dietary information and cases of melanoma in these two groups.

The results showed that higher intake of red meat did not increase risk of melanoma and the total intake of red and processed meat actually had a modest inverse association with risk for incident melanoma. The authors note that the inverse association between red and processed meat intake and melanoma was limited to those with severe sunburn reactions as a child or adolescent.

The authors conclude that though this study was based on a large pool of data, the sample is a relatively heterogeneous group of white, educated US health professionals. They state that given that red meat intake has been associated with a risk for cancers other than melanoma, as well as increased mortality, these findings need to be replicated in other populations, and should not lead to a dietary recommendation.