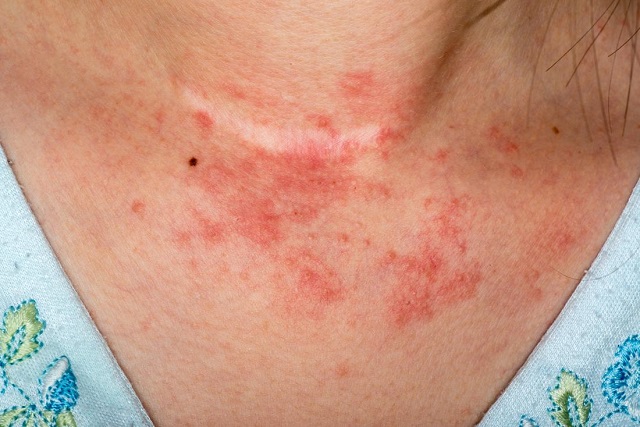 Atopic dermatitis (AD) is a chronic, recurrent pruritic inflammatory skin disease. Children most frequently present with AD, although presentation does occur in adults. Patients who suffer from atopic dermatitis frequently have a personal or family history of atopy, a group of disorders that includes eczema, asthma, and allergic rhinitis. Though not the cause of AD, sensitivity to environmental (e.g. air pollution) or food allergens is associated with atopic dermatitis.

The prevalence of AD has increased over the last 50 years, particularly in developing countries suggesting a role in environmental influences. Birth cohort studies have suggested that air pollutants such as particulate matter, nitrogen dioxide or phthalates may play an important role in the development of atopic dermatitis. It is hypothesized air pollutants may interact with the skin by binding to stratum corneum or through penetrance of dermal capillaries into the systemic circulation.

A recently published article investigated the relationship between air pollution, air temperature and outpatient visits for atopic dermatitis. The study analyzed outpatient visits over a 5 year period in China. It was found that increased temperature, relative humidity and air pollution were significantly correlated with outpatient visits for AD. This study revealed the higher the temperature, the more significant effect air pollution had on AD. Increased blood flow via vasodilation in hot environments may play a role in the increased toxicity of pollutants. The researchers of this study concluded avoidance of exposure to air pollutants, especially on hot days is recommended to reduce the risk of atopic dermatitis.