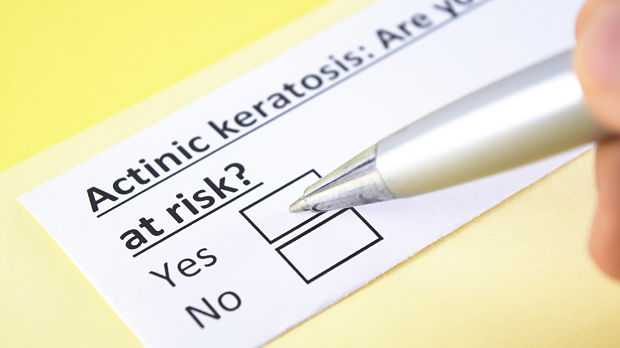 How Many AKs Are Destroyed Yearly… and at What Cost?

Actinic keratosis (AKs) is one of the most common diagnoses patients receive from the dermatologist, and the medical cost to treat AKs is close to 2 billion dollars annually. AKs are treated with destructive procedures, such as cryotherapy, curettage, electrocautery, and chemical peels, to prevent malignant transformation, relieve patient symptoms, and improve quality of life and cosmetic outcomes. These procedures are common among Medicare populations, so a recent study sought to determine how the use and cost of AK destruction is changing in the aging population.

The study looked at national trends of the cost and use of AK destructive treatment in the Medicare Part B fee-for-service population over an eight year period (2007-2015). The study was an analysis of billing claims during that time period that included premalignant skin lesion destructions. The authors found that by 2015, more than 35.6 million actinic keratosis lesions were treated, compared to 29.7 million in 2007. The number of treated lesions in the population went from 917 lesions per 1000 beneficiaries up to 1051 lesions in 2015; mean payments actually decreased significantly over time due to cuts in reimbursements. However, even with those changes the cost is over 400 million dollars annually.

The authors state that one reason for the growth in destructive procedures is partly attributable to increases in the number of procedures performed by independently billing nurse practitioners and physician assistants.

The study concludes that destructive treatments for AK appear to impose high and increasing levels of treatment burden in the aging population. While reimbursement cuts are currently employed to reduce the cost burden, emphasis should also be placed on optimizing access to AK surveillance, treatment and prevention of keratinocyte carcinoma.