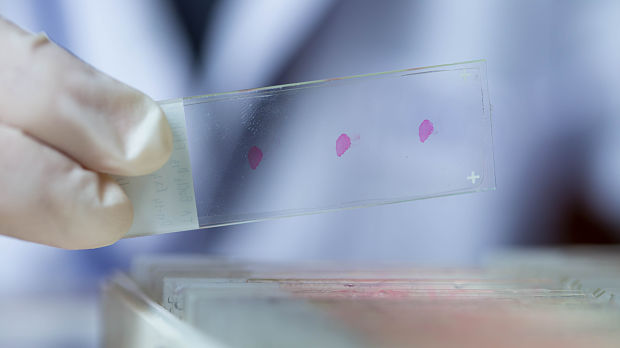 Typically, when a basal cell carcinoma (BCC) is removed, the punch or shave biopsy includes a small margin and pathology results often include comments on a small amount of the margin. If the margin status is negative then clinicians may conclude that the lesion has been completely removed and does not require further treatment.

A recent study further examined the ability of BCC biopsy margin status to predict the actual rate of residual disease in the patient. The authors performed a retrospective analysis of tissues samples from a 10 year period. Each of the 143 specimens that met inclusion criteria were examined microscopically to confirm the diagnosis and each pathology report was reviewed to ensure that the report was for a shave biopsy of BCC with negative margins followed by an excision. Positive margins were classified as such if they contained either basaloid cells or stroma.

The results showed that residual disease was detected in 24% of BCC excisions in which the biopsy was read as having negative histologic margins. This correlated to a negative predictive value of 76%. The authors state that this poor predictive value of BCC biopsy margin status on residual disease casts doubt on the practice of pathologists commenting on margin status when only 1%-2% of the true margin has been evaluated. They also note that the reports may give clinicians a false sense that definitive treatment has already been rendered.

They conclude that based on these results, a BCC biopsy that has negative margins should nonetheless be managed the same as lesions with positive biopsy margins. They also suggest that pathologists consider ending the practice of commenting on margin status on bisected biopsy specimens diagnosed as BCC, because margin status of BCC biopsies does not accurately predict residual disease.