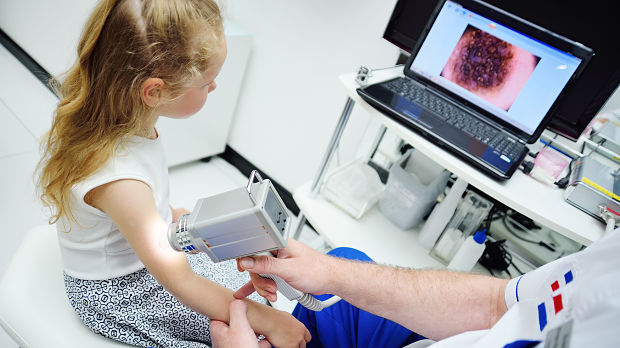 Researchers performed a retrospective analysis of clinical, histopathologic, and outcome characteristics of childhood and adolescent melanoma in a cohort of 32 children and adolescents that received a melanoma diagnosis over a 20 year period. The results showed that the spitzoid melanoma subtype was significantly more common in children than adolescents. This supports the hypothesis that melanoma in young children may be biologically distinct. In addition, survival was significantly different between the two groups; adolescents had a higher mortality rate in the cohort. Melanoma in early childhood was associated with more aggressive histopathologic and staging features but with better outcomes than those of older adolescents and adults.

The authors state that there are two important conclusions that can be drawn from this study: spitzoid melanomas appear to be more common in children, and melanoma may follow a more aggressive course in adolescents.