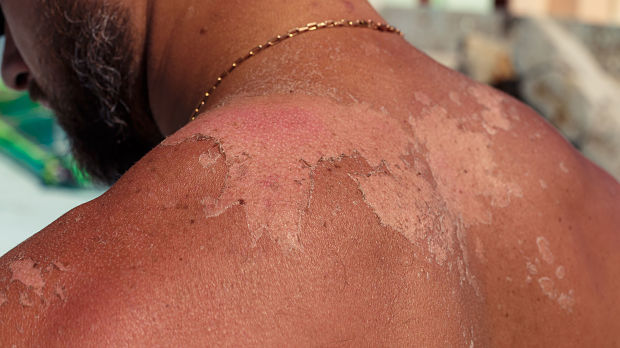 Who Visits the ER for Sunburn?

Sunburns make up over 33,000 emergency department (ED) or urgent care clinic (UCC) visits in the US each year, costing the medical system upwards of 11 million dollars. A recent study hypothesized that characterizing this patient population might help guide efforts of prevention and utilization reduction with an eye toward lowering that financial burden.

The authors examined the demographics and characteristics of patients seen at the ED or in urgent care for sunburn treatment at 2 major hospitals over a 15-year period. By reviewing medical records during that time period, the study identified 200 patients with a total of 204 visits for sunburn to the ED (n = 180) or UCC (n = 24). The data showed that most of the patients were insured, Caucasian patients. The symptoms that were most common were blistering and constitutional symptoms. The authors note that psychiatric illness, alcohol use, and homelessness were associated patient characteristics. Indoor tanning accounted for a small percentage of patients as well. These characteristics highlight a vulnerable population that could be targeted through a public health initiative. In addition, counseling about sun protection after the visit was only noted for about one third of the patients. This also represents an area for improvement to prevent future admissions to the ED.

The authors conclude that ED visits for sunburn are largely preventable with better education and public health intervention. Such initiatives would reduce the considerable costs of these admissions plus reduce disease burden and streamline care.

Source: The JAMA Network
Adapted from the original article.