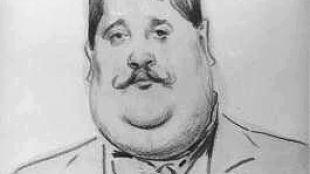 What to do with Excess Fat Under the Chin?

Unwanted submental fat (SMF) is a subcutaneous fat deposit located immediately beneath the chin and jawline. Patients have long sought novel treatments for the reduction of this cosmetic complaint. A 2014 study by the American Society of Dermatologic Surgery found that 7 of 10 patients are bothered by excess fat under their chin. In April 2015, the FDA approved Kybella (deoxycholic acid), also known as ATX-101 to treat SMF. ATX-101 causes focal destruction of the fat cells when injected into subcutaneous fat. Because ATX-101 is a nonsurgical alternative for SMF reduction, it has been the focus of an extensive clinical development program. A recent report published in Dermatologic Surgery outlined the results of the REFINE-1, a Phase 3 trial investigating the efficacy and safety of ATX-101.

REFINE-1 was a randomized, double-blind, placebo-controlled, Phase 3 trial conducted at 35 centers in the United States and Canada. More than 500 subjects received either ATX-101 or placebo injections into the preplatysmal fat. The study results showed that ATX-101 was consistently assessed to be efficacious by clinician-evaluated, patient-reported, and objective measures. Researchers evaluated endpoints such as improvement in the psychological impact of SMF, subject rating of fat under their chin, subject satisfaction with treatment and subject satisfaction with the appearance of their face and chin. Treatment resulted in high levels of subject satisfaction and was well tolerated. The results support the use of Kybella as an effective and minimally invasive treatment option for SMF reduction.