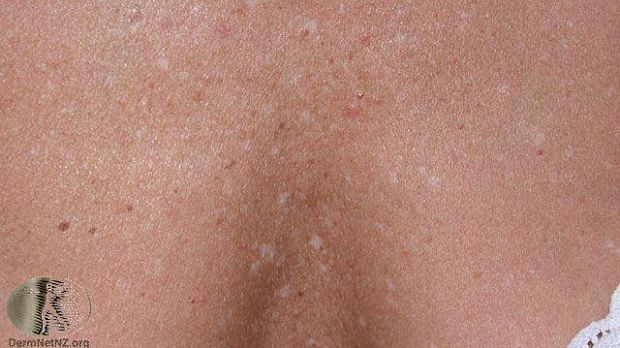 What Happened to the Melanocytes?

Idiopathic guttate hypomelanosis (IGH) is a pigmentary disorder characterized by small discrete white macules. The lesions have reduced amounts of melanin and few melanocytes. The pathogenesis of IGH remains unknown, but some studies have suggested the UV light can affect its progression. Melanin synthesis happens within melanocytes, and skin pigmentation is due to combination of functions of melanocyte and keratinocytes.