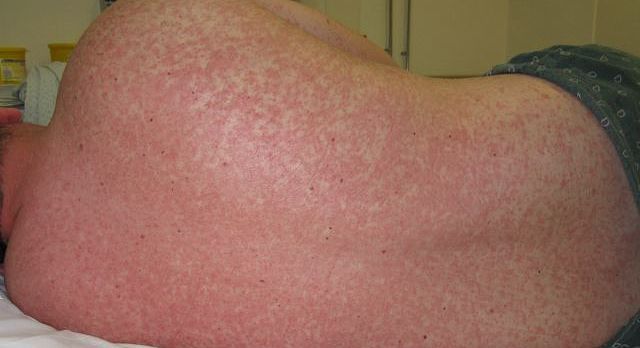 What Can We Learn From a Measles Outbreak?

Measles is a highly contagious, vaccine-preventable, disease that was declared to be eliminated in the United States in 2000. When isolated outbreaks occur, they are generally small and short-lived due to both the high rate of coverage with a safe and efficacious vaccine (the measles–mumps–rubella [MMR] vaccine) and the aggressive implementation of control measures once cases are detected.

A recent outbreak in a small Amish community in 2014 was both the largest measles outbreak in the United States in more than 2 decades and the longest-lasting one on record since the disease was eliminated. A recent report published in the New England Journal of Medicine studied the epidemiology of the outbreak and suggested lessons learned from the containment practices. The outbreak began with the diagnosis of two cases in two young, Amish, men who had been doing typhoon relief work in the Philippines. This is notable because there was an active outbreak in the Philippines at that time and the community to which they returned after exposure was largely unvaccinated. The authors note that the magnitude and duration of the outbreak illustrate how communities that object to vaccination are at increased risk for the spread of measles and for potentially becoming a source of further transmission.

The investigation also highlighted several challenges for measles control during outbreaks. First, late recognition of measles caused the outbreak to be well-established before public health responses began. Earlier recognition of the correct diagnosis and source of infection in the first four case patients might have led to better measles control and cost savings. The authors further emphasize that while vaccination is the best prevention, effective strategies rely on community commitment through engagement of local leaders, isolation of infectious persons, quarantine of those exposed, and vaccination of susceptible persons.

Source: The New England Journal of Medicine
Adapted from the original article.