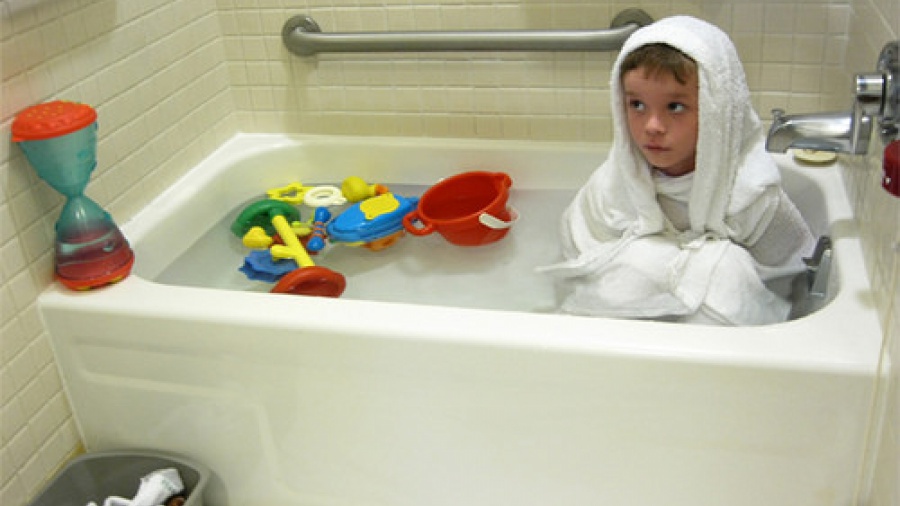 A recent study published in the Journal of Allergy and Clinical Immunology re-evaluated the effectiveness of wet wrap therapy to treat eczema in kids. Researchers at National Jewish Health in Denver, Colorado, found that children who participated in the study saw their symptoms reduced by up to 71 percent.

As part of the study, 72 children with severe to mild eczema were evaluated. Eczema was measured according to SCORAD (Scoring Atopic Dermatitis) and ADQ (AD Quickscore) measurements. The most severe cases were given a score of 50 and over, moderate cases between 25-49, and mild cases were those that scored less than 25. “When these children arrived, their mean score was right around 50, so they were severe cases,” said Dr. Mark Boguniewicz, a pediatric allergist and immunologist at National Jewish Health. “When they left, their mean score was less than 15. That kind of improvement, in just a short amount of time, was very, very dramatic.”

Boguniewicz stressed the importance of patient’s receiving expert supervision while on the treatments. “You can’t just try this on your own because overuse can do more harm than good,” said Boguniewicz. He went on to say that patients should consult their dermatology provider in order to determine if wet wrap treatment is right for their condition.

What are wet wraps
Wet wraps are dressings, often made from articles of clothing, gauze, or surgical netting, that have been soaked in warm water with a dry layer applied on top. When symptoms are severe, they are often wrapped after applying topical steroid medicine.

How to use wet wraps
According to Boguniewicz, the process involves wrapping the affected parts with a wet bandage. After the patient soaks in lukewarm water for 20 minutes, his or her health care provider applies lotions or medicated emollients to the damp, affected areas. The child is immediately dressed in wet cloth (made of gauze or netting) to seal in the moisture, followed by a layer of dry cloth. After approximately two hours, the clothing is removed. Wet wraps work by cooling, moisturizing and absorbing: the water gradually evaporates from the bandages and cools the inflamed skin, and the lotions penetrates deep into the patient’s skin, keep the skin moisturized for long periods of time. They also have a cooling anti-itch effect.

Why use wet wraps
“Many families worry about the side effects those drugs might have on their child’s blood pressure, or on their bones and kidneys,” Boguniewicz said. “Those medications can be effective, but they also can be a cause for concern for a lot of parents, especially when they’re used long term.” As an alternative, the wraps help keep skin moist and improve effectiveness of topical medicine. Children who participated in the study saw their symptoms reduced by 71 percent, and the effects remained for almost a month after they returned home even without the use of prescribed medications. “We would apply the wet wraps two to three times a day, depending on the severity of the case, then we would taper the therapy down and only treat the affected areas as time went on. Over roughly four days we saw dramatic improvements.”