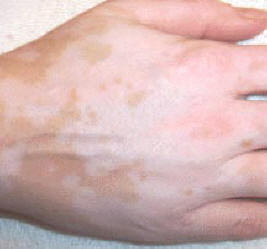 Vitiligo and Comorbid Autoimmune Diseases: What Should Providers Be Screening For?

Vitiligo is thought to be caused by an interplay of genetics, environment, oxidative stress, and autoimmunity. Vitiligo is known to be is associated with autoimmune diseases, especially thyroid disease. Other comorbidities include alopecia areata, Addison disease, autoimmune gastritis, inflammatory bowel disease (IBD), pernicious anemia, psoriasis, rheumatoid arthritis and systemic lupus.

A recent cross-sectional study examined 1,873 medical records to quantify the burden of comorbid autoimmune diseases in individuals with vitiligo. The researchers found that close to 20% of the patients had at least 1 comorbid autoimmune disease. Previous associations, especially thyroid disease and alopecia areata were confirmed. The results showed a 31-fold increase in the frequency of alopecia areata in patients with vitiligo when compared with the general U.S. population. Several new associations, specifically to Guillain-Barre syndrome, myasthenia gravis, linear morphea, discoid lupus, and Sjogren syndrome were made. Though case reports of coexistence of these diseases with vitiligo exist, before this study these diseases have rarely or never been documented in large cohorts of patients with vitiligo

The authors state that care providers should be aware of the associated comorbid conditions in vitiligo and screen patients when indicated.