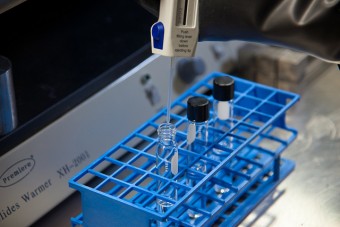 Psoriasis is a chronic immune-mediated disorder that affects approximately 3% of the global population. Methotrexate sodium has been used as a first-line treatment since the 1950s. Newer biological agents to treat psoriasis, such as adalimumab, were introduced in the 1990s and showed superior clinical efficacy, but have a higher cost than methotrexate. A recent study published in JAMA Dermatology sought to profile the features of genomic, immunohistochemical, and messenger RNA (mRNA) expression that determine and differentiate responses of psoriatic disease to methotrexate and adalimumab. Understanding the pathogenic mechanisms of psoriatic disease is helpful for investigating novel, targeted treatments in psoriasis.

In a randomized, clinical trial, conducted at Tufts Medical Center, researchers found that compared to patients taking methotrexate for psoriasis, patients taking adalimumab respond faster, more completely, and with faster downregulation of CCL20 and IL22 mRNA expression. The authors concluded that “CCL20 and IL22 signaling may be key determinants of the faster and more complete clinical responses observed with adalimumab compared with methotrexate in the treatment of psoriasis.”

These cytokines are important disease mediators and targeting the expression pathways may disrupt the disease process at multiple critical points. Therefore, IL22- and CCL20-related signaling pathways are candidates for further investigation to understand disease mechanisms and drug development in psoriasis.

This was one of the first known studies to evaluate qualitative differences between disease response (improvement in pathogenic axes associated with psoriasis) and medication response (how pathways are regulated by the therapy administered).