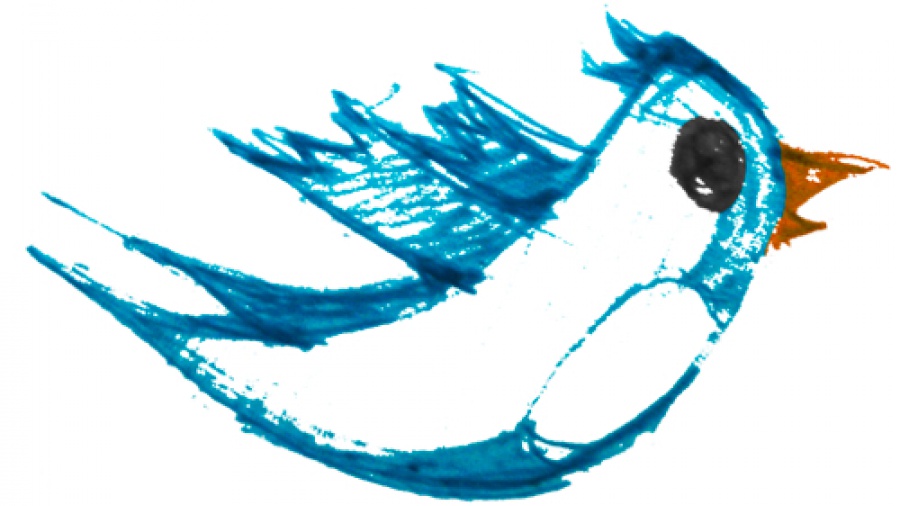 In Twitter 101 and 201 we covered the basics of Twitter: what is Twitter and how to use it to jump in on current conversation.  This week we’re covering some slightly advanced topics of Twitter.  Get ready!

Twitter is truly a community unto itself, with cultural “rules” and unique language.  To the untrained (“un-twittered?”) eye, on first glance a tweet may seem like a jumbled bunch of nonsensical words and symbols.  Today we are going to help you–as the keen Derm practitioner–decode tweets so that you feel comfortable communicating on Twitter.

For example, here’s how @Dermcast retweeted @DermPA in order to highlight this wild story of the “tanning mom”:

Retweets are also a good way to show appreciation for someone, or to let them know “I’m reading your tweets, and agree with you!”

Something else you’ll see in a tweet is this symbol: #.  Some people know this as a “pound” sign, but in Twitter it’s called a “hashtag.” People use the hashtag symbol before a relevant keyword or phrase in their tweet to categorize those tweets and enable them to be found in a search.

Just remember, when hashtagging, no spaces are needed; just let the whole phrase blend together.

Clicking on a hashtagged word in any message shows you all other tweets marked with that keyword, globally, and in real time!

(This is particularly interesting during a world event, or when breaking news hits.  Often times breaking news will hit your Twitter stream in real time long before you’ll ever hear it on the nightly news!)

Hashtags can be put anywhere in the tweet and you can also use multiple hashtags in a tweet.  Anything can be a hashtag, but some examples of hashtags you may see on @dermcast include: #FDA, #acne, #psoriasis, etc.

Hashtags are also a way to have a conversation with a smaller group of people within Twitter.  Those smaller conversations are sometimes called “Tweet Chats.” Tweet Chats are typically sponsored by one person who sets a date, time, and topic for the chat. Perhaps a group of PAs want to Tweet Chat about a new Mohs procedure, or a group of PA students want to talk about a particular class.  Anyone can join in for a tweet chat, you simply add the agreed upon hashtag to their tweets, which enables their tweets to be seen in the conversation thread.

Twitter can be an amazing communication tool. Hashtags, @replies, and retweets may seem strange at first, but with a little practice tweets will be easy to decode.

Join us on Twitter and get in on the conversation!

We’ll be tweeting live from the Fall SDPA conference in Las Vegas in about one month’s time.  Be sure to follow us on Twitter @dermcast!