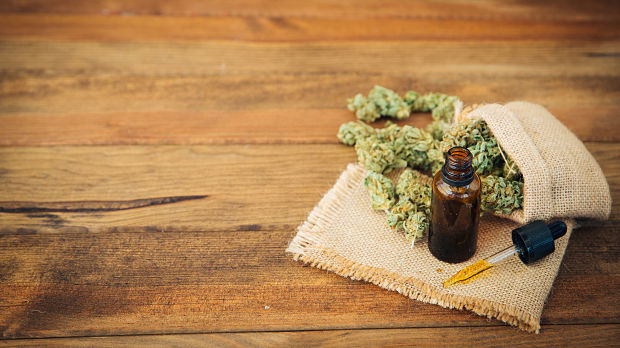 As medical marijuana use becomes increasingly accepted, various forms of cannabinoids have emerged to treat a multitude of conditions. Despite the fact that topical cannabinoids have been touted as a safe treatment for atopic dermatitis (AD), psoriasis, and acne, commercial availability is limited to over-the-counter products from unregulated suppliers and rigorous studies are scarce. In addition, patients may use these formulations without consulting their physicians or possibly even mentioning their use.

A recent article reviewed the scientific evidence behind topical cannabinoids and evaluated their role in clinical dermatology. The authors identified a small number of animal models that investigated topical cannabinoids as treatment for inflammatory disorders and pain management. These murine model studies noted anti-inflammatory effects, decrease in mast cell proliferation and recruitment, reduced blood histamine levels, and decrease in keratinocyte-derived pro-inflammatory mediators. One study that investigated human use of a topical cannabinoid for pain reduction with facial post-herpetic neuralgia found that 5 out of 8 subjects reported a mean pain reduction of 87.8% with no adverse events reported.

The authors note that although topical cannabinoids show promise, current efficacy and safety data are almost entirely limited to preliminary animal studies in rodents. Also, because current commercial formulations are non-standardized and poorly regulated, the present evidence does not support the use of topical cannabinoids in dermatology practices. The authors conclude that dermatologists should ask patients about the use of any cannabinoid products and they state that this study highlights the need for further research and regulation.