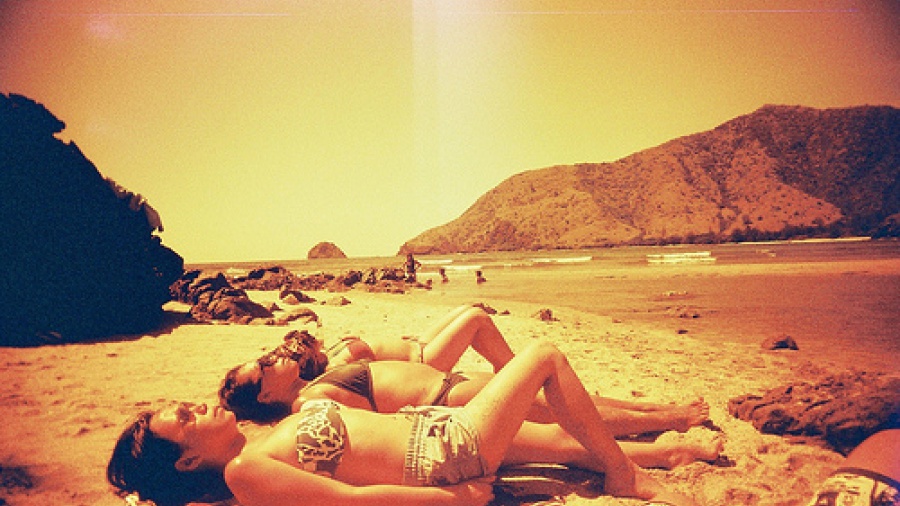 The Opiate Effects of Sun Bathing

Harvard Medical School recently released a study that suggests that sun tanning may have opiate effects on the brain.

Though past studies shed light on the addictive qualities of tanning beds and the positive stimulus sun bathers receive from their indoor tanning exposure, a recent study from Harvard Medical School suggest that the relentless rise in skin cancer is caused by biological addictions to the sun itself.

Over the course of six weeks, researchers administered doses of UVB rays to mice five days per week. This dose is approximately equal to 20–30 min of ambient midday sun exposure, in Florida, during the summer for a fair-skinned person of average tanning ability.

With in one week, researchers observed significant increases of circulating endorphin that remained elevated for the duration of the 6-week exposure regimen, while the study’s mock-UV-treated mice did not experience any significant changes in their endorphin levels.

Chronic opioid exposure, which is exposure to any psychoactive chemical that resembles morphine, such as the endorphin observed in this study, results in altered tolerance (defined as “increasing dose requirement to achieve comparable efficacy”) and physical dependence (defined as “opioid antagonism produces withdrawal”). The study’s researchers found that UV exposure stimulated changes in endorphin levels that resulted in typical drug-related behaviors: as their opioid levels increased from exposure, the mice were less responsive to touch and light, and the study states that the UV exposure “induced them into some sort of numbed state, similar to being drugged.” Additionally, the mice exhibited withdrawal symptoms when they were given a drug that blocked the endorphin release.

The study’s researchers, led by Gillian L. Fell and Kathleen C. Robinson of Harvard Medical School, states, “It may be necessary to more proactively protect individuals, including teens, from the risks of an avoidable, potentially life-threatening exposure and to view recreational tanning and opioid drug abuse as engaging in the same biological pathway.”