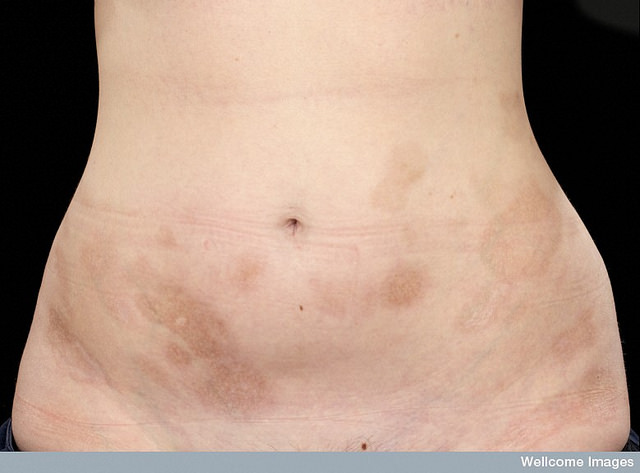 There is currently no treatment for the scarring associated with systemic sclerosis (SSc), also known as scleroderma. However, a new study published online in Journal of Clinical Investigation has identified that TGF-Beta, a chemical mediator in the body, plays a critical role in skin scarring in patients with systemic sclerosis. When the investigators targeted TGF-Beta using fresolimumab, a new, unapproved drug therapy, these patients showed profound decreases in skin scarring.

“Our study shows that TGF-beta plays a critical role in skin scarring in patients with systemic sclerosis,” explained corresponding author Robert Lafyatis, MD, professor of medicine at BUSM and Director, BU Scleroderma Center of Research Translation. “Our results strongly indicate that targeting the TGF-beta in these patients will block skin scarring.”

Researchers have long been aware of TGF-beta’s role in causing scarring, but this is the first clinical study to clearly show its impact on humans. Scarring in SSc affects the connective tissue in many parts of the body including the skin, esophagus, gastrointestinal tract (stomach and bowels), lungs, kidneys, heart and other internal organs. It also can affect blood vessels, muscles and joints. The tissues of involved organs become hard and fibrous, causing them to function less efficiently. While this study only looked at the effects of TGF-Beta on skin tissue, researchers note that the processes for pathogenesis for fibrotic complications, including fatal complications of the lung and bowel, are likely similar and may react to treatment as well.

Targeting TGF-beta to block scarring may also provide a major treatment advance for preventing organ dysfunction that occurs due to scarring in diseases other than SSc, such as kidney fibrosis from diabetes or heart fibrosis that occurs after heart attacks and during heart failure.

Adapted from the original article and media release.