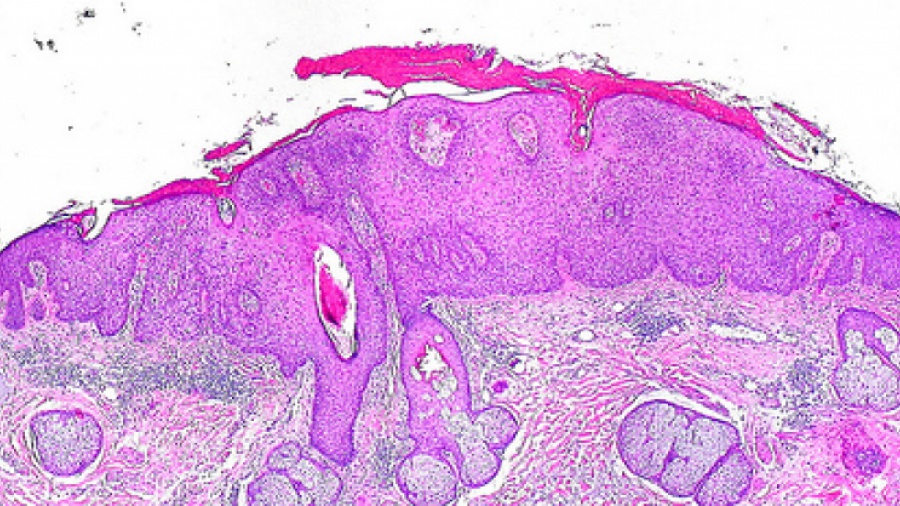 Many medical providers in the field of dermatology will see patients with actinic keratoses (AKs) on a daily basis. The rough, scaly lesions have potential for full transformation into squamous cell carcinomas and physicians have a plethora of treatment options to reduce this possibility. A review of randomized clinical trials assessed the efficacy of photodynamic therapy (PDT) for the treatment of AKs relative to other treatments such as cryotherapy, imiquimod, fluorouracil, and fractionated CO2 laser resurfacing.

By reading journal articles comparing PDT to other therapies, authors wrote that photodynamic therapy had a 14% higher chance of complete lesion clearance at 3 months when compared with cryotherapy for AKs on the face and scalp. In one study where PDT was compared with imiquimod, no statistical difference in lesion response was reported. For PDT compared with CO2 laser, lesion response was higher on the skin treated with PDT. After lesion outcomes, reviewers looked for comparison in cosmetic results and patient satisfaction.

In studies considering the cosmetic outcomes of AK treatments, PDT was favored over both cryotherapy and topical imiquimod. Patient satisfaction weighed heavily on the adverse effects of treatment modalities.  Every study that was reviewed listed the adverse effects of PDT, but these were mostly minor, including photosensitvity, pain, erythema, and pruritus. Hypo-pigmentation was noted as a complication in 9% of the PDT group and in 33% of the crythotherapy group. In one study on fluorouracil, 2 patients dropped out as a result of severe erythema as a side effect.

The literature review showed holes for studies on treatment efficacy for reducing cutaneous squamous cell carcinomas as well as information comparing PDT to other treatments with standardized follow-ups.  Future studies can look to these deficiencies and provide information for physicians treating AKs.