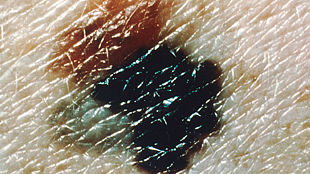 In 1948, Sophie Spitz identified skin lesions that did not progress to melanoma, but had a very similar appearance. Since then, efforts have been made to develop objective criteria to differentiate lesions, since Spitz nevi have histologic features that overlap with those of melanoma. Dermoscopy improved the recognition of Spitz nevi, but even with defining characteristics, such as symmetry, color and shape, some Spitz nevi and melanomas are “false twins.” That is, there is significant overlap in their dermoscopic patterns. A newer imaging tool, reflectance confocal microscopy (RCM), can be used as an adjunct to dermoscopy for the definitive diagnosis of melanocytic tumors.

A recent study published in the British Journal of Dermatology sought to identify distinctive RCM features that can potentially differentiate between ”false twins.” The authors examined histopathologically verified Spitz nevi and melanomas excised between 2010 and 2014 at two tertiary skin cancer centers. After identifying 34 sets of dermoscopy “false twins,” the authors used RCM to perform an analysis on the entire lesion area.

The study found that specific RCM features differed statistically between melanomas and Spitz nevi. RCM findings revealed that striking variability in the size and shape of cells (pleomorphism) within the epidermis, atypical cells at the dermoepidermal junction and pleomorphism within nests were significantly associated with the diagnosis of melanoma. In contrast, Spitz nevi were characterized by the presence of sharp border cut-off and spindled cells. Striking pleomorphism and spindled cells can be considered clues to differentiate “false twins” with globular or starburst patterns.

However, RCM is not useful in other dermoscopic subgroups. For example, lesions displaying dotted vessels or nonspecific patterns did not benefit from further RCM imaging, and thus clinical context and dermoscopy should be considered for their proper management.