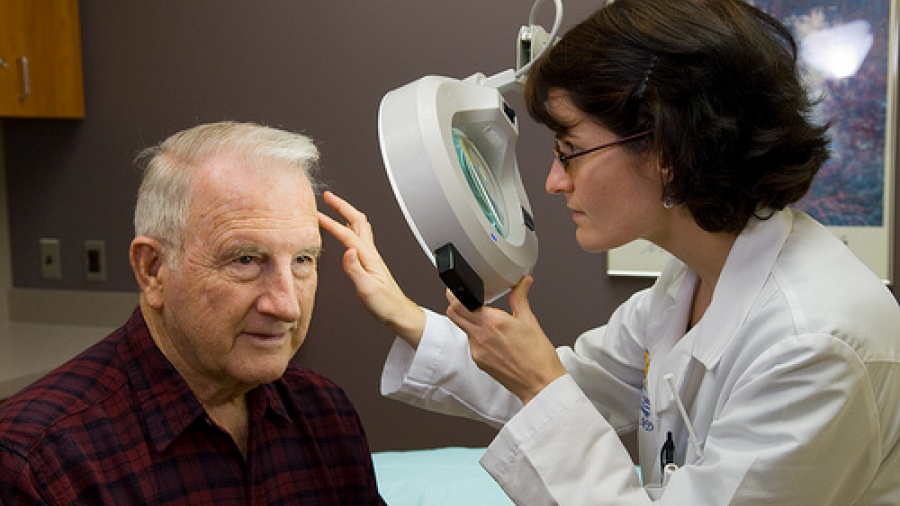 Specialty Matters When It Comes to Melanoma

Not only that, last month at the American Academy of Dermatology Annual Meeting Dr. Lott of Yale University shared that melanoma excision delays were significantly less common when the diagnostician was a dermatology provider, rather than a non-dermatology provider.

Dr. Lott stated, “I am making the argument that specialty matters.”

Furthermore, Dr. Lott noted, “Earlier treatment does matter,” and supported his point by expounding on a retrospective study conducted in the United Kingdom that was shown to positively impact melanoma survival: researchers examined 4,399 patients who were evaluated at a pigmented lesions clinic within 2 weeks of a primary care identification of a suspicious lesion.

In the 2 years before the “2 week” rule was mandated in the UK, patients waited up to 34 days for a referral, and up to 74 days for treatment. Consequently, the 5-year survival rate of melanoma patients diagnosed in the clinics was 62%. In contrast, Lott described that 96 melanomas were identified during the study period, and that 96% of those were treated within 2 weeks of the primary referral. As a result, 74% were excised on the day of the clinic visit, and the 5-year survival rate of these patients diagnosed with melanoma increased to 82% of patients – a 20% increase.