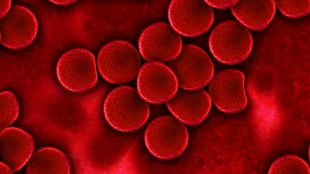 The mosquito-borne Zika virus is a potential threat to blood safety. This virus was first recognized after reports from a 2013–2014 outbreak in French Polynesia. At least one instance of transfusion transmission of Zika virus has been documented in Brazil after the virus emerged there. Because the spread of Zika has occurred rapidly in the Americas, including Puerto Rico, the Food and Drug Administration (FDA) has issued recommendations for blood donor screening, donor deferral, and product management to reduce the risk for transfusion-transmitted Zika virus.

The MMWR (Morbidity and Mortality Weekly report) issued by the CDC recently reported on efforts to develop a mechanism to screen the blood supply for Zika in Puerto Rico over the last few months. Because there was no reliable test for screening Zika earlier this year, the FDA had recommended that in areas with active, local mosquito-borne transmission, such as Puerto Rico, local blood collections should be discontinued and instead blood units should be imported from unaffected areas of the continental United States. In April, local blood screening for Zika was introduced in Puerto Rico using a newly developed nucleic acid test (NAT). Using this test, developed under an investigational new drug application, presumptive viremic donors were identified from 12,777 donations tested. If the virus can be screened, then these viremic donors can be removed from the blood supply.

Previous NAT markedly reduced the risk for transfusion transmission for multiple pathogens, including for West Nile virus after it was associated with arboviral epidemics in the United States. This report states that measures to protect the blood supply from Zika virus, including donor deferrals, laboratory screening, and pathogen reduction technology, are expected to similarly reduce the risk for Zika transfusion transmission.

Source: Centers for Disease Control and Prevention
Adapted from the original article.