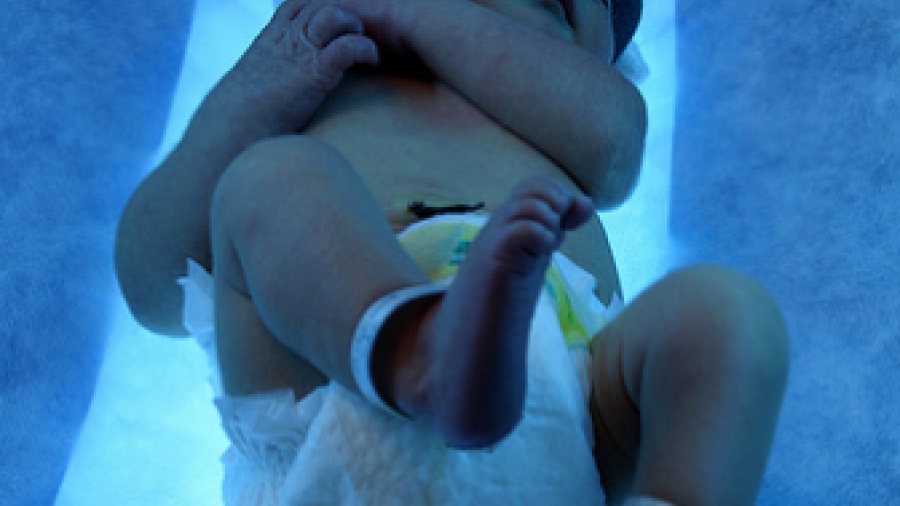 While Neonatal blue light phototherapy (NBLP) is successful in treating neonatal jaundice and kernicterus prevention, a recent study shows there is potential for adverse side effects through the development of melanocytic nevi.  Few studies have been published on the topic, motivating Dr. Zsanett Csoma from the University of Szeged and colleagues to conduct a twin study to better understand the relation between NBLP influence and melanocytic nevus development.

The study concluded that infants treated with NBLP had a higher prevalence of cutaneous melanocytic nevi as well as uveal melanocytic lesions.

Researchers studied 59 identical and fraternal twins ranging ages 3 to 30, in which one twin of the pair received NBLP and the other did not.  Detailed skin examination as well as ophthalmologic examination were used to determine the density of melanocytic skin lesions and benign pigmented uveal lesions.

The study also took environmental factors into consideration, using a questionairre to evaluate sun-exposure and other prevalent variables.  Results linked time spent in the sun or in a tropical climate to a higher number of melanocytic nevi.

Association to polymorphisms were taken into consideration but could not be linked to pigmented lesions.

Researchers noted that results show the importance of eye protection during phototherapy, especially for infants.  Beyond this result, it was noted that additional in vivo and in vitro studies will be necessary to establish and understand long-term NBLP effects.