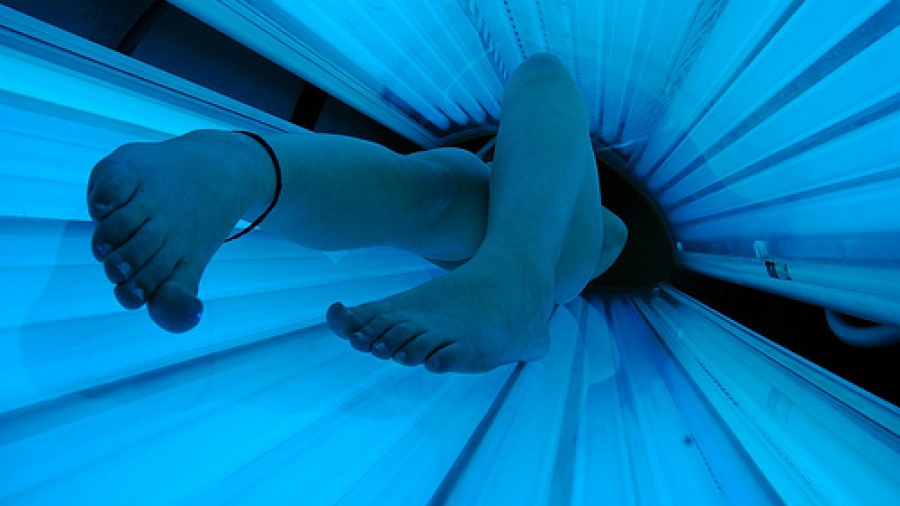 Come January 1, tanning beds will join the California teen’s list of “Things I can do once I’m 18.”  A new law signed by Gov. Jerry Brown prohibits anyone under the age of 18 from using tanning beds.  Until the bill takes effect on the first of the new year, the old law stands in which teens 14-17 years old can use beds with parental permission.

Health organizations are giving the thumbs up and patting California on the back for its effort to protect “youths from the dangers of indoor tanning.”  The topic has been one of concern, especially since 2009 when the International Agency for Research on Cancer placed it on the list of Class 1 carcinogens with cigarettes, UV sunrays and plutonium.

What’s so bad about the tanning bed?

A quick glance at the long list of tanning bed statistics warrants the applause sounding from the American Academy of Dermatology.  Banning those 18 and under is based on medical evidence that shows early UV exposure leading to melanoma development later in life.  Skin cancer is one of the leading causes of cancer death in women ages 25 to 34 and this statistic could drop if teenage tanning bed usage also decreased.

It is estimated that 2.3 of the 30 million Americans currently using tanning salons are teenagers.  To add melanoma risk to those numbers is striking; a study of 2,300 last year showed that those using tanning beds had a 75% higher chance of melanoma than those who did not tan indoors.  Just one trip to the tanning bed increases those 2.3 million teenagers’ risk of melanoma by 15%.

Even more troubling, a study conducted earlier this year showed that frequent tanning could become addicting as researchers found changes in brain patterns that looked strikingly similar to those found in drug addiction.

For California, a state in which there are more tanning salons than Starbucks and McDonalds, to become the first in the nation to hold such a strict law seems necessary beyond the controversy.

The Indoor Tanning Association (ITA) is not thrilled about the new law.  The group, which represents thousands of equipment manufacturers, distributors and tanning salon owners recognizes that this law will negatively affect businesses and cost people their jobs.  With 2.3 million of their customers now banned, the ITA is scrambling to find evidence that the melanoma research is untrustworthy.

Sen. Ted Lieu, the author of the bill, hopes that the law will bring awareness to adults as well and is considering other means by which to limit adult use of tanning beds. New York, Pennsylvania and New Jersey are also glancing at the legislation and will consider following suit in stricter tanning laws.

After January 1, California teens will be left to use tanning creams or spray tans.  Senator Lieu will also consider a 10 percent tax on tanning beds depending on how this new law is received.