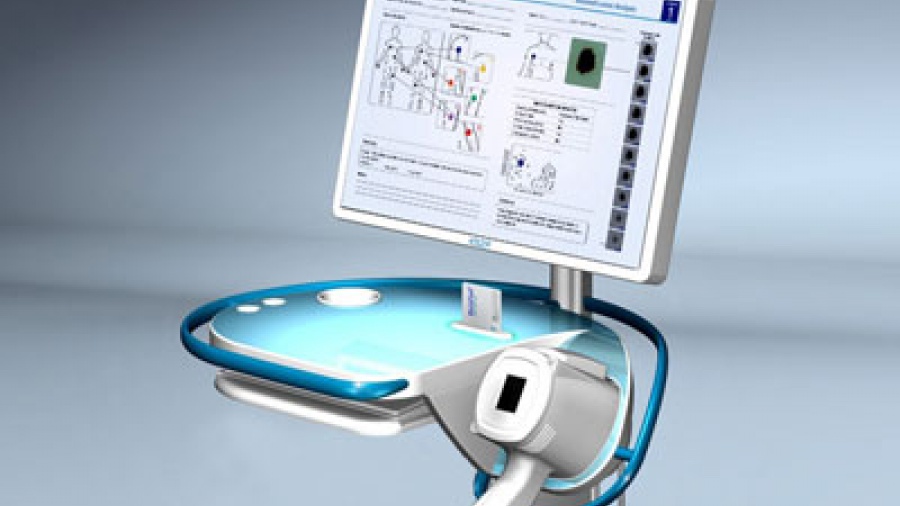 Early detection of melanoma is vital achieving positive patient outcomes.  In skin exams, derm practitioners can evaluate patient’s lesions and biopsy where they feel appropriate.  This decision, however, can prove to be a difficult task.  Multispectral digital skin lesion analysis (MSDSLA) devices have been designed to guide dermatologists in determining which pigmented lesions should be biopsied.

MelaFind was approved by the FDA in November 2011, making it the first FDA approved MSDSLA for melanoma detection. A study was formed to determine the effectiveness of Melafind which can image up to 2.5 mm below the skin using visible and infrared light wavelengths.  The device then analyzes the images and compiles information about the lesion.

A group of 179 dermatologists participated in an interactive melanoma session held at an educational conference.  The dermatologists were shown 24 pigmented lesions and, on an electronic keypad, the MDs marked whether they would biopsy the presented lesion or not.

Although the MSDSLA information reduced the chance of unnecessary biopsy by 17%, the information also increased the number of biopsies of lesions that were not melanomas.  Authors of the study noted that “improvement in sensitivity was more clinically relevant than a smaller decrease in specificity” and clearly noted that the risk of not biopsying a malignant melanoma is far worse than biopsying a nonmalignant lesion.

The information provided by Melafind can be very useful in addition to, but not in place of, the clinical judgement of a derm practitioner as to which pigmented lesions are appropriate for biopsy.

An Intro to MelaFind

Despite Limitations, MelaFind May Be a Step Toward Earlier Diagnosis of Melanoma