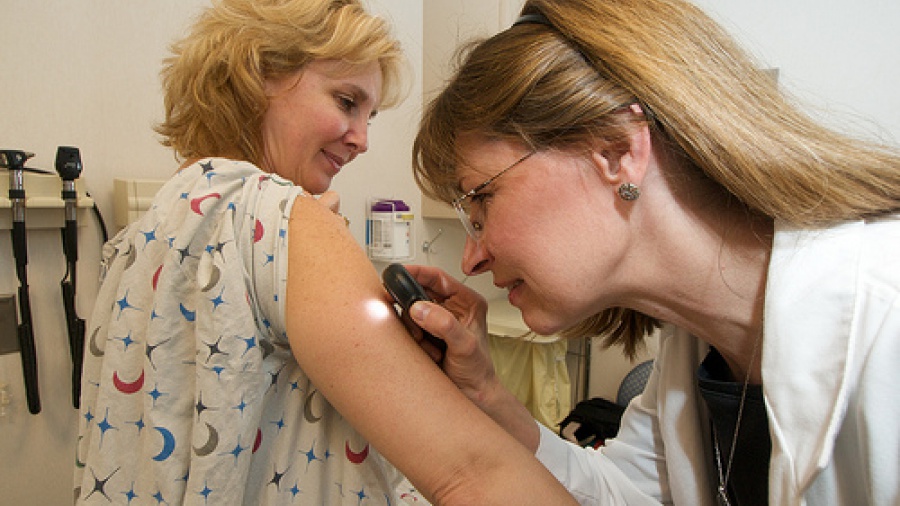 In the United States, the annual cost of melanoma is approximately $3.14 billion, including screenings, treatment, and productivity costs. The annual cost just to treat melanoma is $291 billion. This is a national economic burden that should “call attention to this disease as a health care priority.”

Recently the Journal of American Medical Associated, Dermatology, (JAMA) published a viewpoint stating that only 59.6% of physicians in the United States currently perform skin cancer screenings during routine check ups, as opposed to 81.3% of dermatologists. 43.3% of health care providers reported that lack of reimbursements was a major barrier to doing skin checks. Other barriers listed were time, training, low levels of confidence in performing skin lesion examinations, and uncertainty over how old patients should be when screenings.

To lower annual costs, the JAMA authors proposed that physicians could detect melanoma sooner by administering screenings more frequently and by receiving more specific training. Dermatologists alone would not be able to cover the increased demand; therefore the researchers underscored that would be imperative to make sure that physician assistants and nurse practitioners, as well as general practice physicians receive increased training in skin cancer screenings.

Researchers pointed to a one-year pilot program in Germany from 2003-2004, in which people 20 years and older with health insurance were eligible for skin screenings from physicians. These health care providers were required to complete an 8-hour training program and successfully pass an examination in order to receive $20 per skin examination. During the program, as researchers suspected, the incidences of melanoma increased by 30%.  Additionally, the region had a lower mortality rate than the surrounding, unscreened areas since 1980.

Still, the authors note that the U.S. is more ethnically diverse than Germany and suggest further steps forward. “Implementation of a melanoma screening program for high-risk individuals 35 and older could benefit individuals and provide useful evidence to determine whether screening younger populations is cost-effective or not.”

These area-specific programs, such as the pilot in Germany, show the benefit of administering frequent screenings to patients and detection trainings to health care providers and the authors’ urged, “ It is time for federal health officials and policy-making bodies to evaluate the current evidence and make new recommendations for melanoma screening.”