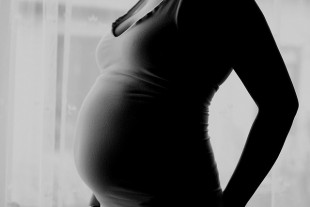 Is Oral Fluconazole Safe During Pregnancy?

Pregnancy and an increased risk of vaginal candidiasis go hand in hand as the prevalence of vaginal candidiasis among pregnant women is estimated to be 10% in the United States. First line treatments are typically topical azoles, but oral fluconazole is used in cases of recurrence, severe symptoms, or when topical treatment has failed. It may also be used as the first treatment by personal preference. There have been some concerns about teratogenic effects of long-term use of fluconazole treatment in pregnant women. Most safety studies have focused on birth defects and only a few epidemiologic studies have investigated spontaneous abortion and stillbirth.

A recent study conducted in Denmark evaluated the association between oral fluconazole exposure during pregnancy and the risk of spontaneous abortion and stillbirth. Using national health registries, the researchers were able to include a total of 1,405,663 pregnancies in the study cohort. Oral fluconazole–exposed pregnancies were compared with up to 4 unexposed pregnancies matched on propensity score, maternal age, calendar year, and gestational age. To test for confounding by indication, pregnancies exposed to intravaginal formulations of topical azoles were used as an additional comparison group.

The results from this cohort study showed that spontaneous abortion between 7 and 22 weeks’ gestation occurred more often in oral fluconazole-exposed than unexposed pregnancies (4.43% vs. 4.25%; hazard ratio, 1.48). The authors suggest that until more data on the association are available, cautious prescribing of oral fluconazole in pregnancy may be advisable. Topical azoles should remain the firstline treatment for pregnant women.