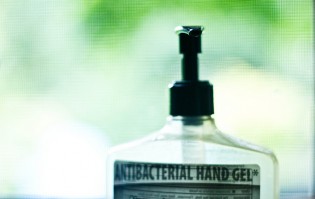 Is Antibacterial Soap Effective in “Real-Life”?

US consumers spend nearly $1 billion annually on antibacterial hand soap and body wash products. The expectation is these products provide more protection from harmful pathogens than plain soap. The FDA proposed an amendment regarding over-the-counter antiseptic products stating antibacterial hand soaps intended for use with water must demonstrate they are safer and more effective than plain soap and water when it comes to preventing illness and/or the spread of infection. If the manufacturer cannot supply scientific evidence to support the claims, then these products will have to be reformulated or relabelled to remain on the market. The majority of liquid hand soaps marketed as ‘antibacterial’ contain triclosan, an antiseptic ingredient used since the 1970s. Triclosan has antibacterial activity but various adverse effects have been reported, including allergies, antibiotic resistance, and endocrine disruption.

A recent study published in the Journal of Antimicrobial Chemotherapy examined the in vitro and in vivo bactericidal effect of triclosan against twenty bacterial strains (proposed by the FDA). The team placed bacteria strains in petri dishes with either antibacterial or regular soap. The samples were heated to 22C to 40C (72F to 104F) for 20 seconds. The water temperature and washing time were selected to simulate the hand washing conditions and procedures used by consumers. In a second experiment the researchers spread bacteria on the hands of adults who had refrained from using antibacterial soap for at least the preceding week. They were told to wash their hands for 30 seconds using either antibacterial or regular soap and with warm water.

The study found there was no significant differences in bactericidal activity between plain soap and antibacterial soap against any of the tested bacteria at either tepid or warm temperatures and with an exposure (washing) time of 20 seconds. When longer exposure times (over six hours) were used, the antibacterial soap did show higher bactericidal efficacy. Additionally, water temperature did not make a difference adding to the literature that refutes the common belief that washing hands in warm water is more effective than washing in water at ambient temperature. Thus, adding triclosan to soap does provide antibacterial protection, but the effect would not be seen in the short exposure time associated with real-life hand washing.