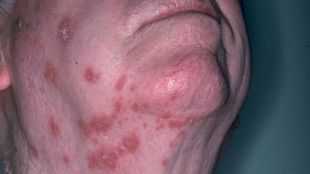 Incidence of Chickenpox Is Down but Shingles Is Up

The varicella vaccine has worked wonders towards reducing the cases of chickenpox in the United States. But even as chickenpox rates are headed down, rates of shingles in adults have been creeping steadily upwards, total of 39% from 1992 to 2010 among adults 65 and older. At the annual meeting of the American Academy of Dermatology, dermatologists wondered why? Several studies and hypotheses have been put forward. A 2005 study suggested that shifting age-related immune response could be one possible explanation. Other possible explanations include increases in the proportion of people with immunosuppressive conditions and therapies, the duration of those conditions and treatments, and/or in the prevalence of other triggering factors. The CDC reiterates that its scientists do not believe that the link has any relation to the varicella vaccination.

There may not be a definitive reason why, but Dr. Dr. Vikash Oza a pediatric dermatologist at New York University Langone Medical Center made sure to tout the undeniable benefit of the vaccine, “… as a resident I saw not one case of chickenpox. That’s pretty astounding considering how common it used to be… as the Millenials take over, with their heightened immunity to varicella virus, we will eventually get to the point where zoster has less of an impact on clinical practice and the healthcare industry.”