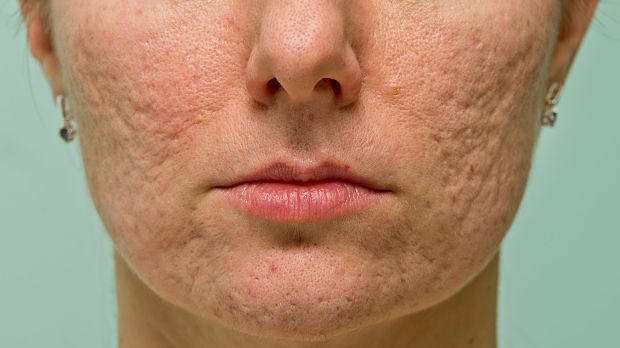 Acne has an impact on quality of life due to its visible effects on patients – especially with regards to scarring, which affects up to 95% of acne patients. Acne scarring may be either hypertrophic or atrophic with atrophic being more common and categorized as either ice pick, boxcar and rolling scars. The full pathogenesis of scarring from acne is not known, but it has been hypothesized that it is linked to the severity and duration of inflammation.

A recent study expanded on the lone study that has analyzed the immune response in acne scarring. Authors explored the pathophysiological mechanisms occurring in scar-prone (SP) and non-SP (NSP) patients with acne in 21-day-old lesions. They also performed large-scale gene expression profiling to identify molecular and cellular pathways that may account for the predisposition to scar formation. The study compared 10 patients who are SP, nine who are NSP, and 15 healthy volunteers.

The results showed that at 48 hours, there was a common ‘inflammatory profile’ of 48-hour-old lesions in both SP and NSP patients. But, after looking at gene expression, clear differences could be seen between the SP and NSP populations. Inflammatory response was still present in 21-day-old lesions in SP patients compared those who do not develop scars. There was also an exacerbation of the number and modulation of genes involved in the immune response, plus they discovered an infiltrate of mature B cells in those patients. This suggests a difference in the acne lesion life cycle between the two populations.

They conclude that this study provides novel indications on inflammatory events in the SP acne population, including a newly identified player: B cells. They state that the intensity and duration of the inflammatory reaction in patients with scars causes dermal damage and a deep alteration of the sebaceous gland structure, leading to atrophic scar formation.