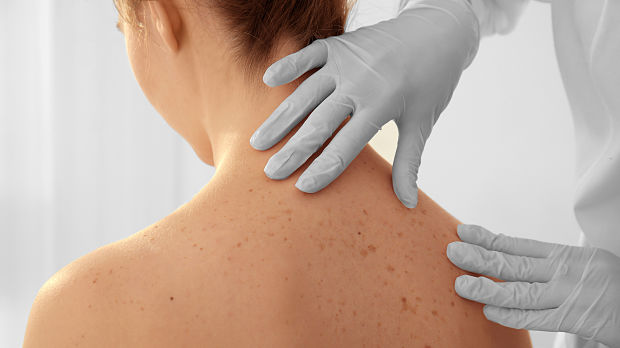 How Prevalent are Nevus Associated Melanoma?

Nevus Associated Melanoma (NAM), are melanomas found within a previously existing nevus, versus de novo melanoma (DNM) which are not associated with preexisting nevi. DNM are thought to be more prevalent, and generally, the biologic and prognostic significance of nevi in melanoma is a controversial issue. Also, given how melanomas develop, it is often difficult to determine whether a nevus was present before the melanoma began to grow. Prevalence of NAM has varied widely in the literature, ranging from 4-72% of all melanoma.

A recent systematic review and meta-analysis was conducted to attempt to better estimate the prevalence of NAM among melanoma patients. The authors identified 38 studies that examined a total of more than 20,000 melanomas. The primary outcome of the meta-analysis was the ratio of NAMs among all melanomas. Secondary outcomes included thickness of NAM, nevus-type associated with melanoma (particularly dysplastic or nondysplastic), and overall survival.

The results showed that about 30% of melanomas developed in conjunction with a preexisting nevus, while the majority developed de novo. This result adds to the evidence that most melanomas do not start from a malignant transformation of nevus cells. The authors note the while this finding does not suggest that the relationship between nevi and melanoma is merely coincidence, nevi should not be designated as precursor lesions to melanomas. Another finding, though the authors suggest this should be interpreted with caution, is that they found a significantly lower mean Breslow thickness for NAMs than DNMs. The authors point out that this result is consistent with evidence that suggests a trend toward better overall survival of NAM patients than DNM patients. However, in this analysis, they could not find a statistically significant comparison of survival benefit for NAM over DNM.