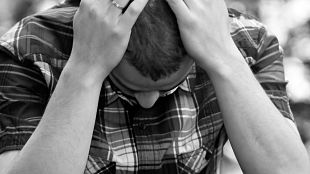 How Does Atopic Dermatitis and Acne Vulgaris Affect Self-Esteem and Identity?

Both atopic dermatitis (AD) and acne vulgaris (AV) are known to have significant effects on the quality of life (QoL) of pediatric patients. These two skin conditions represent the most prevalent skin diseases affecting children and adolescents. AD affects between 5% and 20% of the population at least once in their lifetime and acne vulgaris affects 85% of adolescents. Previous studies have found a large effect on QoL primarily related to symptoms, emotional disturbance, leisure activities, school disturbance, and sleep loss. The mental health and social functioning of children with AD was found to be more severely affected, especially as compared to children with other chronic conditions such as diabetes or hypertension. Acne has been shown to have similar effects on mental health and social function. Acne’s effects on QoL has also been identified in the psychosocial domains, which include self-esteem and identity.

The authors found that although acne and AD significantly affect their respective pediatric populations, there is a different focus for each disease. The psychosocial effect of AD is primarily behavioral and extends to the nature and quality of the relationships with parents, caregivers and peers.  AD had a more-prominent role in identity formation and gender roles in girls.  Acne vulgaris is more likely to affect psychosocial development of self-esteem, self-confidence and identity, especially in girls.