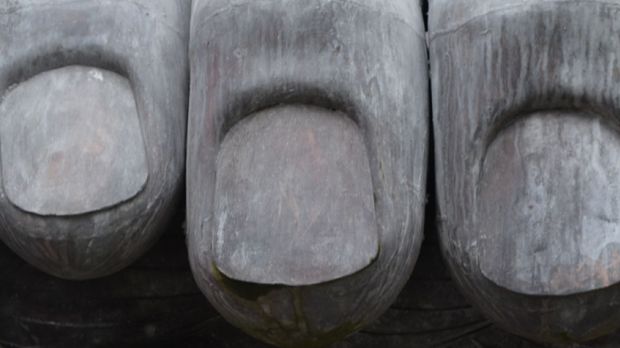 Coxsackie virus, the childhood illness that is also known as hand, foot and mouth disease (HFMD), has a classical presentation that includes rashes and vesicles on the inside lining of the cheeks and the skin of the feet, hands, and buttocks. It can also progress, in severe cases, to encephalitis, meningitis, pleuritis, pulmonary edema, and myocarditis. There have been occasional reports of nail changes resulting from HFMD, but mostly this feature gets only passing reference in dermatology textbooks. After noticing a few cases of nail changes of unknown etiology in a hospital-based clinic, researchers decided to undertake a survey to determine the frequency of nail changes after a diagnosis of HFMD in their patients. The survey sought to document nail changes during and after the onset of HFMD and included demographic and medical history information and detailed questions about nail changes. For patterns of nail changes, descriptive choices (e.g., color change, peeling) and sometimes photographic references were provided to help the patient’s recall. Valid survey results were obtained in 273 cases.

The results showed that 20.5% of children with HFMD developed subsequent nail changes. The authors state that the likely cause is a temporary arrest of the nail matrix that causes the nail changes, such as Beau’s lines and shedding of the nails (onychomadesis). The exact pathogenesis is not yet understood. The authors conclude that nail change associated with HFMD usually occurs within 1 to 2 months after the onset, mainly presents as onychomadesis, and is a self-limited condition.