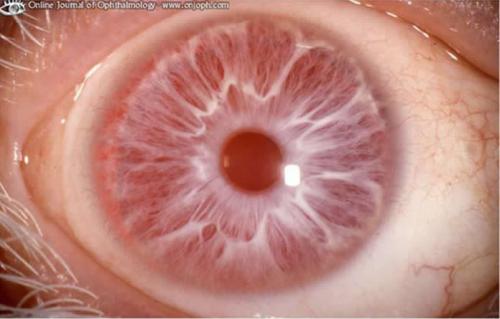 Newly published data by a research team led by biologists from Brown University has discovered the lack of melanin production that characterizes Albinism may be linked to a specific genetic mutation. The condition is characterized by unusually light skin and hair color, vision problems, and increased risk of skin and eye cancers.

For 20 years scientists have known that type 2 Ocullocutaneous albinism, which appears in approximately 1 in 40,000 people throughout the world, is linked to mutation of the gene that produces OCA2 protein, but didn’t understand how this mutation leads to a lack of melanin production.

Research by Brown university biologists Nicholas Bellono and Elena Oancea showed that the protein is key in the proper functioning of an ion channel that allows electrically charged chloride molecules to flow in and out of the melanosome. This flow doesn’t occur when OCA2 is mutated or absent and the melanosome fails to produce melanin, potentially due to an acidic environment. This discovery may lead to new ideas for the treatment for albinism. Oancea said “From a therapeutic point of view, we now have a channel that’s a possible drug target,” Another potential treatment suggested by the research could be to alter melanosome acidity to make up for the lack of the protein.

“I think it is a big step forward because not only did we make progress in understanding the function of one protein important in pigmentation, but we kind of opened up a new way to study how the melanosome operates,” said Bellono, a graduate student and the paper’s lead author. “There hasn’t been much research on ion channels in the melanosome.” They also used endolysosomes to find that that the OCA2 mutation V443I specifically affects the ion channel. That mutation decreased the chloride ion current by 85 percent compared to normal versions of the protein.

They did another experiment to ensure that melanin itself wasn’t responsible for the chloride current and found it wasn’t. Many details of the OCA2 protein’s role in the melanosome’s ion channels are still unknown. The research does point to the key mechanism that breaks down when the protein fails.

“OCA2 activity modulates the melanin content of melanosomes, most likely by regulating organellar pH,” they wrote in eLife. “We propose that OCA2 contributes to a novel melanosome-specific anion current that modulates melanosomal pH for optimal tyrosinase activity required for melanogenesis.”