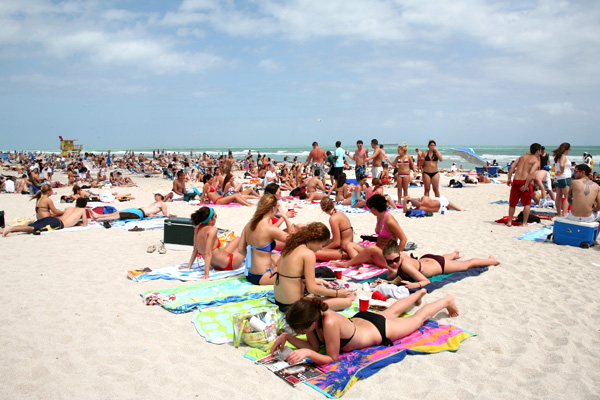 Frequent Tanning May Have a Genetic Component

It was recently demonstrated in a study published in Experimental Dermatology that people who are classified as tanning dependent may have a genetic predisposition. Tanning dependence (TD) is described as behavior characterized by frequent tanning despite adverse consequences and withdrawal symptoms when avoiding the tanning booth.

To determine TD, researchers used diagnostic criteria for substance dependence based on the DSM –IV-TR and a modified version of the Cut Down, Annoyed, Guilty, Eye-opener (CAGE) questionnaire. In order to identify specific TD risk alleles they conducted an exome-wide association study and a candidate gene analysis of genes previously associated with substance dependence. The parent study used for this analysis was a case-control study of early onset basal cell carcinoma among English speaking individuals under the age of 40. A subset of the parent study was asked to complete an online survey and 548 of those eligible responded.

This was the first large-scale, unbiased study of over 300,000 rare and common exomic variants one gene (PTCHD2) was identified as being significant for TD. This gene has been strongly associated with substance and alcohol dependence and very recently been identified among those who have ever (versus never) reported indoor tanning. Several studies have suggested the mechanism for TD involves UV light induced protein expression, stimulating pro-opiomelanocortin (POMC) gene promoter that results in increased endorphin and adrenocorticotrophic hormone.

Although this study suggests genic association with TD, a larger sample size would be required to ensure replication of the results.