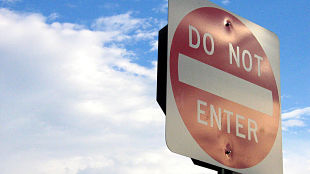 FDA to Teens: No Tanning Beds Until Age 18

The FDA has been making incremental steps towards restricting tanning beds over the past few years. December 2015 marked the strongest step yet: a proposed rule to restrict use of sunlamp products to individuals 18 and older. The FDA also proposed that individuals over the age of 18 sign a risk acknowledgement certification that states that they have been informed of the risks to health that may result from use of sunlamp products before their first tanning session and every six months thereafter.

These proposed rules reflect the government’s commitment to reducing risk associated with skin cancer. The Office of the Surgeon General issued a Call to Action to Prevent Skin Cancer in July of 2014 which included strategies for reducing indoor tanning among minors. According to acting FDA Commissioner Stephen Ostroff, M.D. “Individuals under 18 years are at greatest risk of the adverse health consequences of indoor tanning.”

The 2013 National Youth Risk Behavior Survey revealed that 1.6 million minors indoor tan each year. Indoor tanning among minors is risky for several reasons. First, according to the American Academy of Dermatology, radiation from indoor tanning leads to increased risk of developing melanoma. Also, the effects of exposure to UV radiation are cumulative. UV radiation exposure in children and teenagers puts them at a greater risk for skin and eye damage later in life.

Indoor tanning is not risk-free for adults, and there are additional safety concerns in addition to adverse health effects. More than 3,000 ER visits each year are due to tanning bed injuries. The FDA also issued a second proposed rule for safety changes including: making warnings easier to read and more prominent; requiring a “panic button”; improving protective eyewear; and prohibiting dangerous device modifications, like installing stronger bulbs. Says Ostroff, “Some adults may decide to continue to use sunlamp products. These proposed rules are meant to help adults make their decisions based on truthful information and to ensure manufacturers and tanning facilities take additional steps to improve the safety of these devices.”

Adapted from the original press release.