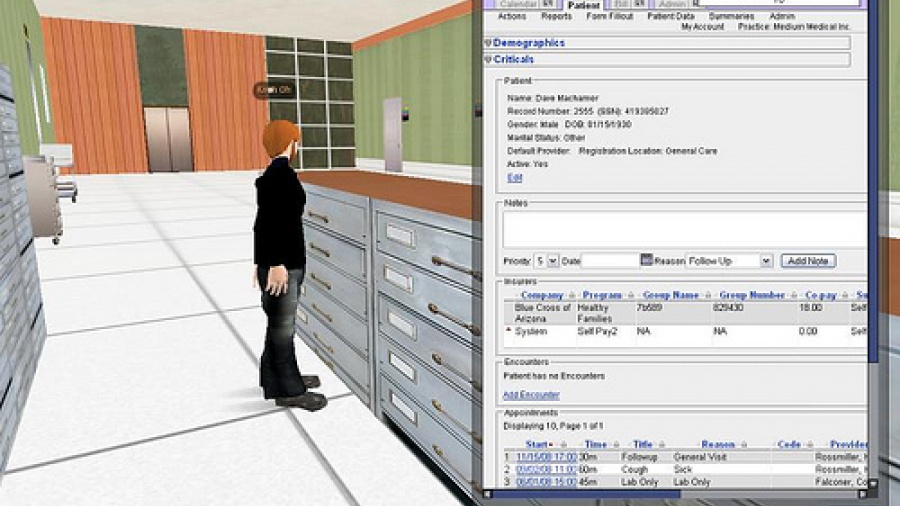 Electronic Medical Records (EMRs): A Look at Benefits and Drawbacks

Electronic Medical Records (EMR) have been around for almost three decades now, yet less than ten percent of hospitals and fifty percent of private practices are using EMRs to manage patient records.

The benefits of EMR are many.  Some of these benefits include legibility of notes and prescription, accessibility of charts (indexed and searchable by multiple keywords), space saved in the office, disaster recovery through online backups of files in multiple places, and better drug to allergy and drug to drug interaction protocol.  Many advocates also point to greater patient safety that will come from better information access, reduced gaps in communication, and increased transparency between providers and other health services.

However, with all these benefits, some physicians are hesitant to switch to EMRs.  For some critics its easy to lapse into anti-doctor rhetoric, and label those physicians who are hesitant to adapt EMRs as luddites, or worse, incompetent health providers.  Let’s face it though, there are some drawbacks to immediately switching to EMRs, and many MDs are waiting to see how some of the legal ramifications and IT requirements flesh out at this stage.

Some of the legal issues that have already begun to arise from EMRs include malpractice suits incurring from data breaches (for example, imagine EMR patient data CDs being stolen from an office), inconsistencies of disclosure rules between states, and increased scrutiny of every action of a physician.

“What few people realize is that using an EHR exposes physicians to an Orwellian level of analysis of every single act while doing their job” says Dr. Sam Bierstock, an advocate of EMRs and EHRs (Electric Health Records).

Other drawbacks include things such as confusing and inadequate EMR software.  With over 300 major EMR softwares to choose from, it can be an overwhelming task to select and maintain the right program for a practice.  Not every software will be adequate, or as user-friendly, as the physician or PA may need it to be.

However, the shift from paper to an EMR-based practice isn’t just a phase-in of a new technology, it’s a movement into a whole new world.   Most people acknowledge that EMRs will eventually change the face of medicine completely.  And it’s a place where the rules may turn out to be completely different than those doctors live with today.

EMRs go far beyond simply learning a few new IT tricks, and switching from paper to iPad.   Physicians and PAs alike will have to master a wide variety of analytical/IT skills which, on the surface, have little to do with traditional patient care.  EMRs will eventually change the way doctors evaluate, diagnose, communicate with, counsel and manage patients.