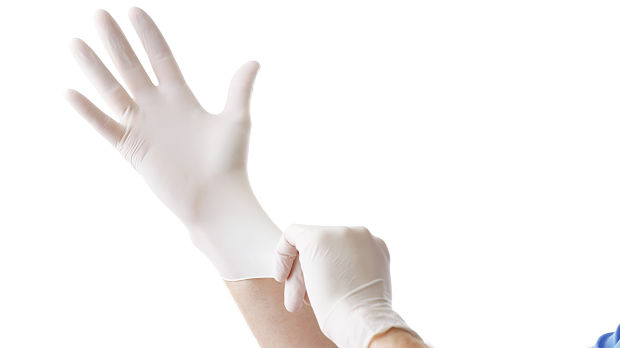 Frequent hand washing with soap and water, use of antibacterial gels, and wearing disposable gloves are all best practice for healthcare workers safety. However, do these practices also lead to more incidence of hand eczema (HE)?

Using a questionnaire, researchers surveyed more than 12,000 healthcare workers who were employees at hospitals in southern Sweden. The majority who responded to the survey were doctors and nurses. The survey quantified exposures to occupational wet work such as daily use of disposable gloves, use of alcoholic hand disinfectant and hand washing with soap and water.

The results showed that in the past year, 21% had experienced hand eczema, about twice as high as in the general population. Both the number of daily hand washes and the time spent wearing disposable nonsterile gloves were associated with HE. However, there was no association between use of hand disinfectant and HE. HE was more prevalent among healthcare workers who also had atopic dermatitis. The authors conclude that there is a dose-dependent association between daily time spent wearing disposable gloves and hand eczema in healthcare workers.