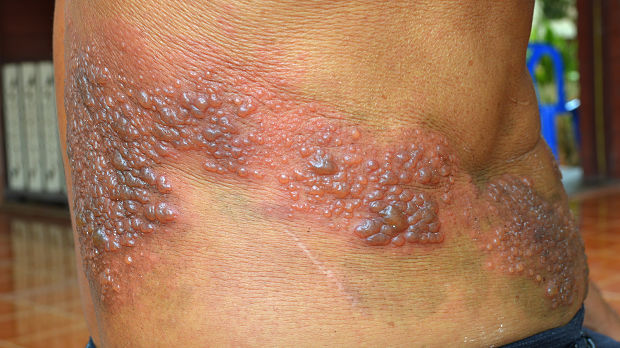 The results showed that in the overall study population, the risk of HZ was higher in women, elderly patients, patients with psoriasis, and patients with comorbid hyperlipidemia. The risk of HZ was higher in the severe psoriasis cohort than in the nonpsoriasis cohort. The authors postulate that the severity of psoriasis may indicate the intrinsic factors that affect the incidence of HZ. For this study, patients who received aggressive therapy, including systemic or biology therapy or phototherapy were classified as having severe psoriasis and those who were not prescribed systemic or biology therapy or phototherapy for psoriasis were classified as having mild psoriasis. This suggests that systemic therapy may have had a major role in increasing the risk of HZ in this study, perhaps due to the additive immunosuppressive effect of these medications.

The authors conclude that in this study there was a higher risk of HZ in the psoriasis population. They note that this insight into HZ infection for immunocompromised patients could point to using vaccines to prevent the incidence. They suggest that additional studies evaluating the relationship between antipsoriatic medications and HZ should be conducted.

Source: PLOS One
Adapted from the original article.