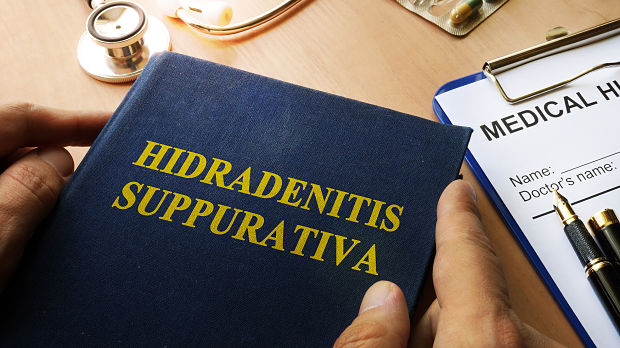 Do PDE4 Inhibitors Work as Treatment for Hidradenitis Suppurativa?

Hidradenitis suppurativa (HS) is a chronic, autoinflammatory skin disorder that presents with painful, itchy, inflamed nodules, and abscesses. It affects about 1% of the population, more frequently in females, often first appearing in adolescence. First-line therapies include anti-inflammatory oral antibiotics, but more recently treatment with the biologic adalimumab has demonstrated clinically significant improvement in the condition.

A recent study noted the lack of extensive research on whether other therapies may provide similar benefit and emphasized that there is a significant unmet need for novel effective anti-inflammatory therapies to treat HS. The authors conducted a double-blind randomized placebo-controlled trial to investigate the efficacy, short-term safety and tolerability of apremilast in patients with moderate HS. Apremilast, a phosphodiesterase 4 (PDE4) inhibitor, has been approved for treating psoriasis. The authors hypothesized that because there are several inflammatory cell types involved in the pathogenesis of HS, a PDE4 inhibitor such as apremilast might have a beneficial effect in patients with HS.

The study enrolled patients with moderate HS, and who had at least 4 inflammatory lesions on their skin. Patients were randomly assigned to treatment with apremilast at a dose of 30 mg twice daily or treatment with placebo. Patient response was evaluated using the Hidradenitis Suppurativa Clinical Response (HiSCR) at week 16, which was defined as at least a 50% reduction in total abscess and inflammatory nodule (AN) count, with no increase in abscess count and no increase in draining sinus count relative to the baseline.

Results showed that at 16 weeks, more than 50% of the patients treated with apremilast had a positive HiSCR versus none of the patients in the placebo group. Patients tolerated the treatment well and the majority of the adverse events were rated mild to moderate. The authors conclude that oral apremilast shows promise as a treatment option with good short-term safety and tolerability. They state that a main limitation of their trial was its small size and therefore that studies with larger populations and longer follow-up are needed to further elucidate the efficacy and safety profile of apremilast in HS.