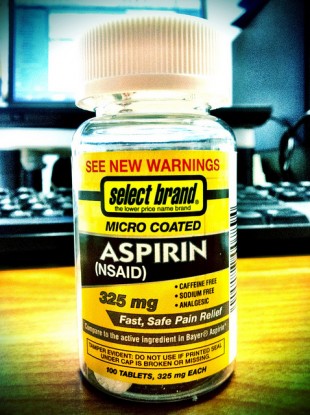 Some anti-inflammatory drugs have been shown to reduce the risk of various cancers including some keratinocyte skin cancer. However, to date, research evidence on the benefit of aspirin and other nonsteroidal anti-inflammatory drugs (NSAIDs) on basal cell carcinoma has been inconsistent. A recent systematic review synthesized the published epidemiological studies on NSAIDs and BCC to combine results and estimate the overall pooled effect.

After pooling the risk estimates from 11 relevant studies, the authors found there was a 10% reduction in risk of BCC among patients using any kind of NSAID. When the authors examined aspirin and non-aspirin NSAIDs individually, there was a reduced risk of basal cell carcinoma, but the results were not statistically significant, most likely due to lack of power. Overall, the research found strongest risk reduction of BCC by the use of NSAIDs among those with either a history of skin cancers or high prevalence of actinic keratosis.

The authors state that NSAIDs could potentially prevent some basal cell carcinoma and that clinicians can consider this when prescribing NSAIDs, especially for patients who are at high risk of skin cancers. Dose-effect relationships could not be established in this review. Despite the promising findings, as of now reducing sun exposure remains the best preventive measure.