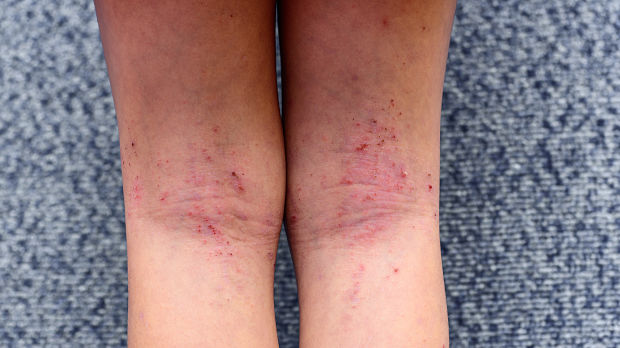 Psoriasis and atopic dermatitis (AD) can clearly be separated when using clinical criteria, but when viewed as pathogenic disease processes in the skin, there are many overlaps and similarities in the underlying immune activation and the way both diseases alter tissue structure and function. A recent review sought to describe pathogenic disease mechanisms across the spectrum of both diseases and associated subtypes, with an eye towards identifying the common immunological mechanisms between psoriasis and AD. If the two are on a disease spectrum, then it may be possible that some treatment approaches work for both.

The article focused on common T-cell immune axis and associated cytokines in psoriasis and atopic dermatitis. Psoriasis is a disease driven by a single polar immune pathway, while AD is driven by multiple polar immune pathways that create different disease features. Both diseases have activation of Th22 T-cells and Th1 pathways with increased IL-22 and IFN gamma production, respectively. Despite their differing pathways, some subtypes of AD, including Asian-origin, intrinsic, and pediatric AD, have the same prominent IL-17 component and tissue patterning that is typically found in psoriasis histopathology.

By noting these similarities, the authors suggest that a case can be made that psoriasis and AD exist across a spectrum. Since 90% of psoriasis patients are able to control disease by targeting antibodies the authors wonder whether targeting a single cytokine axis in AD would similarly lead to disease suppression in the majority of patients across all subtypes. They state that future studies should evaluate whether some AD subsets can benefit from psoriasis-based treatments.