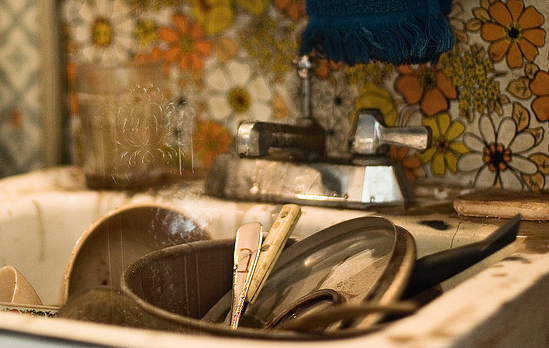 Are We Sanitizing Our Children To The Point Of Allergy?

A recent study has shown that washing dishes by hand, not machine, can reduce the rising risk of childhood allergies.

Lead study researcher Dr. Bill Hesselmar, an allergist at the University Of Gothenburg Department of Pediatrics in Sweden, found that children living with families that used a dishwasher were 40% more likely to have allergies.

“The hypothesis was that these different dishwashing methods … are not equally good in reducing bacteria from eating utensils and so on,” Hesselmar says. “So we thought that perhaps hand dishwashing was less effective, so that you are exposed to more bacteria” in a way that’s helpful.

Under the concept, known as the “hygiene hypothesis,” some health researchers feel that increased exposure to microbes early in life can stimulate children’s immune systems. This stimulation may help reduce the risk that a child will develop allergies, the researchers wrote in their study, published online Feb. 23, in the journal Pediatrics.

Dr. Hesselmar and his team published a study in 2013 examining the cleaning techniques of infants’ pacifiers and found that children whose parents cleansed the pacifier by sucking on it (rather than rinsing in water or sanitizing) were less likely to suffer from allergies or eczema. Reflecting on the hygiene hypothesis, they concluded that the transfer of benign microbes through the adult saliva exercised the infants’ immune system and thereby strengthened their resistance to being triggered by allergen exposure.

– Adapted from the original press releases