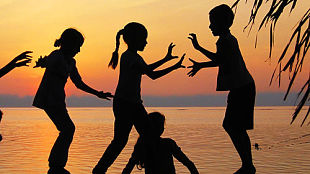 Are Synbiotics Useful For Treatment of Atopic Dermatitis in Children?

Synbiotics are a combination of probiotics and prebiotics. Probiotics contain cultures of living microorganisms that, when ingested in adequate amounts, can modulate gut microbiota and provide health benefits beyond nutrition. Prebiotics contain nonliving indigestible fibers that may give certain bacterial strains a selective advantage to live and grow. Probiotics feed off prebiotics, and when combined in a supplement they act synergistically to promote healthy gastrointestinal bacteria. The combination has a potentially stronger effect on gut microbiota than either probiotics or prebiotics alone.

Atopic dermatitis (AD) has an estimated prevalence of 15% to 20% in infants. One explanation is that certain gastrointestinal microbiota promotes an immune environment more susceptible to allergic disease. The gut microbiota may be different in infants with AD. Both prebiotic and probiotic supplements have been tested as prevention and treatment methods for AD. A recent meta-analysis looked at the efficacy of synbiotics for prevention and treatment of atopic dermatitis in children.

The authors found six treatment studies (369 children enrolled) and two prevention studies (1320 children enrolled) that met all the requirements for inclusion in the meta-analysis. The selected studies were all double-blind, randomized clinical trials. The results showed that there was a significant effect of synbiotics compared with placebo for the treatment of AD in children. However, there was not strong enough evidence to suggest the use of synbiotics for the prevention of AD.

The authors conclude that the evidence supports the use of synbiotics composed of mixed strains of bacteria for the treatment of AD, especially for children aged 1 year or older. More studies are needed to specify the strains of probiotics and type of prebiotics that are more effective.